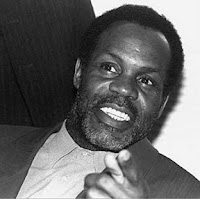 Danny Glover makes his directorial debut with Toussaint, a film about the life of Haitian revolutionary leader Toussaint L’ouverture. Filming for the epic story is scheduled to start in late April or early May with a sizzling cast including Don Cheadle as Toussaint, Mos Def, Angela Bassett, Chiwetel Ejiofor and others. This film is scheduled to be released sometime in 2009.

Written by Vijay Balakrishnan and Glover’s producing partner, Joslyn Barnes, Toussaint will be shot in Mozambique and South Africa. The movie tells the story of the Haitian Revolution (1791–1804) and the life of L’ouverture, who established Haiti as the first independent black Republic by leading a successful slave uprising against the French, Spanish and British imperial armies. Although L’ouverture was eventually captured and imprisoned by the French, his name is still uttered with pride by many Haitians and other Africans in the diaspora.

In her play, For Colored Girls Who Have Considered Suicide When the Rainbow is Enuf, Ntozake Shange puts these words in the mouth of Lady in Brown, a young girl who raves about her newfound hero, Toussaint L’ouverture.

(excerpt from For Colored Girls…)

i knew I wasn’t sposedta
but I ran inta the ADULT READING ROOM
& came across
TOUSSAINT ...

Perplexed & ashamed,
not able to speak the language,
escaping bondage,
off to the land of the free home of the brave,
sounds like Haiti to me,

But their still telling lies to me,
The land of the free,
The first independent black Nation in the Western Hemisphere,
We put Fear in the eyes of the oppressors,
second guessers,
who didnt think twice to rally after dark,
and put the spark in the hearts of malignant militants,
killing infants, leaving imprints,
never once complaining of shin-splints,

The peoples army they saw me with a greater vision beyond 20/20,
plenty didnt make it,
but many did,
we read psalms and sang songs of freedom,
"Liberty or death",
I quote the words of Tousaint,
We marched forward towards the most successful slave rebellion !

Mecca,
Thanks for sharing your poem with us. Do your thing man! It's strong.
Peace,
Alicia

You can see a clip of Toussaint's last moments in prison from the new short film "The Last Days of Toussaint L'Ouverture" at http://www.imdb.com/name/nm2468184/ This short film is the basis for a new feature (not with Danny Glover) that is in development.

Thanks for the link to the clip. Keep us updated on where people can see the short film, OK?
Peace to you.
Alicia