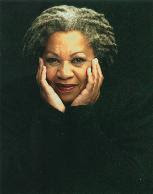 "Critics generally don't associate black people with ideas. They see marginal people...sociologically interesting people perhaps, but very parochial....We are people, not aliens. We live, we love, and we die." "Black people have a story, and that story has to be heard. There was an articulate literature before there was a print. There were griots. They memorized it. People heard it. It is important that there is sound in my books--that you can hear it, that I can hear it." -- From Conversations with Toni Morrison (1994), University Press of Mississippi
Posted by Cappuccino Soul at 2/28/2012 07:51:00 PM No comments:

Have you ever had a dream about bees? What could it possibly mean? Seems like clairvoyance, greater vision, illumination, enlightenment, hard work, and a mysterious link are some of the meanings of bees flying and/or buzzing in a dream. Here's a fairly thorough interpretation of Bees as Dream Symbols. Enjoy!
Posted by Cappuccino Soul at 2/24/2012 04:07:00 PM 1 comment:

The Future of Black Film

“I don’t think we need black film per se. I think we need to have our experiences represented. It’s a similar question about black history … We are integral to this country. It’s not -- there’s America and then there’s some black stuff. No, there is no America without the black stuff.” – Baratunde Thurston, author of How to Be Black (Thanks to Mark Anthony Neal at The New Black Man for posting this earlier.)
Posted by Cappuccino Soul at 2/19/2012 02:36:00 PM No comments:


These ladies (twins Paris and Amber from Minneapolis, and a woman from L.A., Anita), who call themselves KING, need to get their CD on out there! I just chanced upon their music on Youtube. Evidently Prince, their homie from Minneapolis, Questlove, and Erykah Badu are liking their flavor too, as those three artists have invited KING to open shows for them. Here are two of the song's from KING's first and as of yet, only EP. Enjoy: "Supernatural": "The Story":
Posted by Cappuccino Soul at 2/09/2012 01:02:00 AM No comments:

Children Starve and Dogs/Cats Get Fat

A fifth of dogs and a quarter of cats in America were classified as obese, reported Harper’s Weekly Review on Feb. 7. "I didn't notice the weight creeping on," said an Atlanta woman of her dog, Dodger. "All of a sudden he was just this fat dog." Apparently dogs eat well while a 2010 USDA report shows that 16.2 million kids in America struggle with hunger and the most current U.S. Census Bureau statistics tell us that 15.7 million children (21.6%) in America live in poverty. Need I say more?
Posted by Cappuccino Soul at 2/07/2012 08:57:00 AM No comments:

Duke Ellington composed The River in 1970 as part of a collaboration between himself and Alvin Ailey, who requested Ellington's assistance after he was commissioned by the American Ballet Theatre to create a ballet for that company. This suite, in seven movements, represents the natural course of a river. The movements are called:

I've seen several ballerinas dance the Vortex section, from Leslie Browne in the Oscar-nominated film "The Turning Point," to an Alvin Ailey dancer, who captured all I believe Ailey wanted that section to be -- visceral, forceful, sassy, sexy, and exhilerating. Unfortunately, I can't find a video of any of the Alvin Ailey Dance Theatre performances, but I was able to find two dancers, one from Baltimore, Jennifer Gelfand, and one from the Czech Republic, Ida Fišerová, who seem to be giving this dance all they have. I have to tell you though, the Alvin Ailey dancer, whose name I don't remember from the mid-90s, had more attitude and HIPS than these ladies. I only hope that I can eventually find it. It's a REVELATION. Jennifer Gelfand, performing "Vortex" from The River Suite: Ida Fišerová, performing "Vortex" from The River Suite: And here's the song "Vortex" by Duke Ellington:
Posted by Cappuccino Soul at 2/06/2012 02:14:00 AM 6 comments: 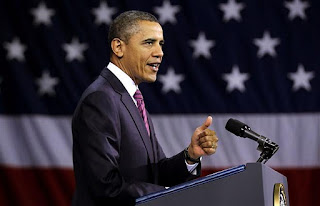 "I think to myself, if I'm willing to give something up as somebody who's been extraordinarily blessed, give up some of the tax breaks that I enjoy, I actually think that's going to make economic sense. "But for me as a Christian, it also coincides with Jesus' teaching that for unto whom much is given, much shall be required." The president also cited the Biblical gospel of John, arguing that sharing and generosity would sustain Americans in harsh economic times. "John tells us that if anyone has material possessions and sees his brother in need but has no pity on him, how can the love of God be in him?" Obama said
Posted by Cappuccino Soul at 2/02/2012 07:56:00 PM 2 comments: