Serving Others on the Job

A few weeks ago my Charlotte pastor talked to the church members about how we might serve God. He said that whatever our day job is, there is always an opportunity to serve. It doesn't matter if we work as bankers, lawyers, or other professions that lend themselves more to service such as teachers, social workers, counselors, etc. -- there is always a way to do God's work.

As I was reading the June 2008 issue of The Atlantic magazine recently, I came across a Verizon Wireless ad that made me think of my pastor's talk about service. It's not often that an advertisement makes you think about altruism and how you can help others, but this one did.

Here's Olga Mendez's story and I have to give her credit for finding a way to serve others on the job. These are the words from the ad, verbatim.

As part of Verizon Wireless' innovative HopeLine program, which distributes free cell phones and airtime to victims of domestic violence, Olga helps Spanish-speaking women navigate the difficult road back to independence. A survivor of an abusive relationship herself, she gives them the support and practical advice they need to break the cycle of domestic violence and strike out in the world on their own. Speaking in their native Spanish, she helps them with everything from writing a resume to dressing for a job interview.

Olga knows how important it is to gain back one's self-respect. And her career at Verizon Wireless has been a vital part of her recovery.

As Olga says, "A lot of companies talk about giving back to the community, but Verion Wireless really walks the walk."

Here are some intriguing state mottos that I've come across while teaching ESL for Citizenship. These phrases tell you a lot about these states, I think. If you could create a motto for your state, what would you write?

Colorado
Nothing Without the Deity 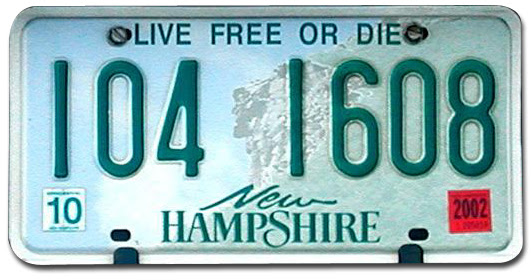 Alabama
We Dare Defend Our Rights

Iowa
Our liberties we prize, and our rights we will maintain

Nebraska
Equality before the law

South Carolina
While I breathe, I hope
and
Ready in soul and resource

Obama vs. Clinton: The Stakes are High in North Carolina

Yes, I'm here in beautiful North Carolina and the political atmosphere is high. My phone (both the home phone and mobile) have been ringing off the hook with calls from candidates and their representatives for offices such as County Commissioners, District Court Judges and as you all know, the Democratic candidates for President -- Hillary and Obama.

I must say, the Obama campaign has been relentless. I'm still getting calls from the Tennessee Obama folks (I haven't lived in Tennessee since last summer) and they call me regularly here in Charlotte. Yesterday, a nice lady from Florida who is an Obama campaign worker, actually knocked on my door to ask who I'd be supporting. She told me where and when I could vote and asked if I'd like to volunteer for the campaign (I wish I had the time!)

Hillary's folks haven't called me at all. That just goes to show how much of a superb grassroots effort the Obama campaign has waged. Both Michelle and Obama have called my home (a recording of course) and urged me to get out and vote (early) for Obama.

The nice lady from Florida left a very attractive "Vote for Barack Obama" brochure with me, so I thought I'd share a little of what the pamphlet says:

If you want to change the world, the change has to happen with you first. ... We do what we do because God is with us. ... When Moses was first called to lead people to the Promised Land, he said, "I don't think I can do it, Lord. I don't feel brave and courageous."

"I believe in the power of prayer. Through prayer, not only can we strengthen ourselves in adversity, but we can also find the empathy and the compassion and the will to deal with the problems that we do control. What I pray for is the strength and the wisdom to be able to act on those things that I can control...." 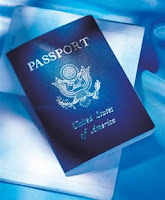 1. How many changes or amendments are there to the Constitution?
2. Who makes the laws in the United States?
3. Can you name the two Senators from your state?
4. What are the duties of the Supreme Court?
5. Who is the current governor of your state?
6. Who becomes President of the United States of America if the President and the Vice-President should die?
7. Who is the Chief Justice of the Supreme Court?
8. Who said "Give Me Liberty or Give Me Death?"
9. Which countries were our enemies during World War II?
10. Who is the head of our local government?
11. According to the Constitution, a person must meet certain requirements in order to be eligible to become President. Name one of the requirements.
12. Who selects the Supreme Court Justices?
13. How many Supreme Court Justices are there?
14. Who was the main writer of the Declaration of Independence?
15. When was the Declaration of Independence adopted?
16. What is the basic belief of the Declaration of Independence?
17. Where does freedom of speech come from?
18. Who signs bills into law?
19. What special group advises the President?
20. Name three rights or freedoms guaranteed by the Bill of Rights.
21. Who has the power to declare war?
22. Name one amendment that guarantees or addresses voting rights?
23. In what year was the Constitution written?
24. Name one purpose of the United Nations.
25. How many times may a Senator be re-elected?
26. How many times may a Congressman be re-elected?
Posted by Cappuccino Soul at 5/01/2008 07:08:00 PM 2 comments: