Finally. A big score for the people. Thank you U.S. District Court for the District of Columbia! The New York Times by Charlie Savage and Manny Fernandez WASHINGTON — A federal court on Thursday struck down a Texas law that would have required voters to show government-issued photo identification before casting their ballots in November, ruling that the law would hurt turnout among minority voters and impose “strict, unforgiving burdens on the poor” by charging those voters who lack proper documentation fees to obtain election ID cards. The judges’ ruling came two days after another three-judge panel in the same court found that the Texas Legislature had intentionally discriminated against minority voters in drawing up electoral district maps, citing the same section of the Voting Rights Act of 1965.
Posted by Cappuccino Soul at 8/31/2012 11:09:00 AM

Remembering Katrina: Will You Be There?

Here's Spike Lee discussing the making of his 2006 film When the Levees Broke, a documentary about the impact of Hurricane Katrina on New Orleans: Q: What would constitute a successfully revitalized New Orleans?

A: Well, I’ll say affordable housing for all. I’d say a great education system. A levee system that is sound. A lot of people have a lot of questions about how safe those levees are, even after Katrina. It’s what you want for any city to prosper.

Here's my inspiration for today -- "Killing Time" by Tek 9 -- which reminds me of how little time I do have to actually "kill." This song has helped me come up with some more ideas for a performance piece that I'm working on. When I get a chance, I'll dance to it. Enjoy!
Posted by Cappuccino Soul at 8/27/2012 02:47:00 PM No comments: 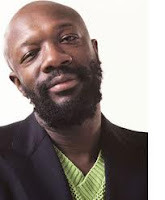 I'm following "Bumpy's Lament" with the song that I always hear after it ("The Ave" by The Holland Tunnel Project), no matter what radio, CD, or mp3 recording comes after it in reality -- because this is the song that I included on my mixed tape, when I was still enjoying my hobby of creating mixed tapes. "The Ave" is the logical followup to Hayes' song, but I'm curious to know if other people can hear it. Can you tell why I chose "The Ave" to follow "Bumpy's Lament"?
Posted by Cappuccino Soul at 8/21/2012 02:29:00 AM No comments:

Aspiring gang members are exposed to extreme violence, including beat downs, verbal abuse, and sometimes sexual abuse. Gang members hit, stomp, and kick the wannabes and frequently use weapons to exact pain on their soon-to-be "brothers." Oftentimes the new members suffer broken bones, cuts, and contusions. Sometimes they die from the beatings. This blood-and-guts initiation process is also what many young men who pledge fraternities at some college campuses must endure. The humiliation is the same and so is the danger. 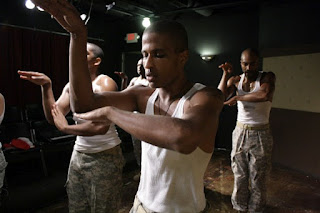 Hoping to inspire discussion and change around this tragic phenomenon, Nashville director, Jeff Obafemi Carr, created the film, He Ain’t Heavy, which tells the story of five young men who pledge a prestigious African-American fraternity in a raw, intense, and oftentimes disturbing way. Carr, a Nashville director, put five actors in realistic situations where they had to improvise their way through hazing by frat brothers (another group of actors), who interviewed, intimidated, and hazed the pledgees through a violent, whirlwind pledging process. “I watched these young men commit themselves to a process that many before them have been through,” Carr said. “Some call it Pledging. Others call it Hazing. I call it real.” And real it is. Along with the verbal abuse, hitting, pushing, and intimidation shown in the film is a repulsive scene toward the end of He Ain't Heavy that calls for the pledgees to pass raw eggs from mouth to mouth, repeatedly. Some viewers have left during this part of the film, and/or vomited, Carr said. The film ends with one of the pledgees, Hannibal, dropping to the ground on a football field after a physically grueling session demanded by the “big brothers.” A bystander calls 911, but not soon enough -- Hannibal dies before help arrives.

Hannibal’s ending recalls the real life hazing deaths that occur in the U.S. every year – most notably the death of Robert Champion Jr., the 26-year-old Florida A&M drum major, who was found dead on a bus after he was allegedly severely beaten by his band mates, Kappa Kappa Psi fraternity members. The University of Connecticut reports that since 1970, there has been at least one hazing-related death on a college campus each year. As of February 12, 2010, 96 hazing-related deaths have occurred in fraternities and sororities – 90 males and 6 females, according to HazingPrevention.Org. Carr, a member of the Alpha Phi Alpha fraternity, who himself experienced intense hazing at Tennessee State University, said he made the film because he wanted to inspire honest discussions about hazing among college fraternities. Last week in Charlotte, a group of about 400 members of the Phi Beta Sigma fraternity saw the film during their national Leadership Summit. During the Q & A segment after the film, Phi Beta Sigma’s international president, Jimmy Hammock, denounced all forms of fraternity hazing and encouraged the members to help eradicate the practice from its initiation process. “There's a huge human cost in hazing," Hammock was quoted as saying in a WSOCtv.com article. “Someone has to step up and say enough is enough.” Watch the He Ain’t Heavy trailer:


How to See the Film: Carr plans to show He Ain’t Heavy, winner of the Nashville Film Festival’s Tennessee Spirit Award for Best Feature Film, at other college campuses this year and plans a theatrical release of the film next year. This Saturday, August 18 at 6 p.m., the film will be shown at the Peachtree Village International Film Festival in Atlanta at the W-Hotel. Check out the He Ain't Heavy Website