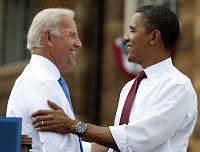 Here's a message that I received this morning from a family member that I had to share with you. It's important because it urges everyone to get out and vote -- early if you can. I was determined to vote last night and did so at my neighborhood library. Not too surprisingly, there was almost a hiccup with my attempt to vote. There was a little mix up that happened when the poll worker was trying to determine my correct address. Needless to say, I was about to get loud until I thought to bring out my voter registration card, which I had handily tucked in my wallet. Let's be ultra prepared when we go to the polls OK?


If you have early voting in your state I would like to challenge you to get up early and vote this Saturday! Get with your friends and make it an outing, meet for breakfast afterward, or a play date in the park for your kids.


The election is so important -- more important than just the 1st black President which is what the opposition wants you to think.


How about health care, taxes, education, the future of Social Security and Medicare, affirmative action -- even our right to vote! There is so much on the line we can’t be caught sleeping.


Please get out and vote as soon as you can!!!!

A Dog in a Dream: What Does It Mean?


What does it mean when a dog inhabits your dream?

Some of the common themes regarding dreaming of a dog involve loyalty, lack of loyalty, protection, security, faithfulness, intuition, and the need to rediscover a talent that has been neglected.

A person who dreams about a dog could represent someone who has intuitive knowledge and follows their instincts, since a dog sees in the dark and has extraordinary hearing abilities. This person lives from inner feelings and follows directions with an animal-like instinct. The presence of a dog in dreams indicates male energy.

The dog in a dream can also represent danger -- of course this depends on whether the dog is barking, snarling, or attacking you.

If the dream involves you using the dog as a pillow, the dog represents a friend who will prove useful and whom the dreamer will be proud of.

So, a dog in a dream can represent a friend, lover, protector, foe, or potential enemy. It can indicate feelings of warmth, protection, and love, or anger and betrayal. It can point to the dreamer's gifts of intuition and perception, or aggressive impulses. This all depends on the stance of the dog in the dream.  Is he friendly and/or protective, or is he ferocious and on the attack?

Hmmmmm…… I’m glad to say that the dog most recently in my dreams was eerily persistent, but unexpectedly friendly and protective. What about you?

Youtube treat: What do dogs have to do with persistence?

You have the right to vote in North Carolina. Here's what you need to know about voting requirements for this state:
Most voters in North Carolina are not required to show identification. However, if you are a first-time voter and you did not provide your North Carolina driver's license or the last four digits of your social security number when you completed your voter registration application, or one or both of those numbers could not be validated, then you will need to provide ID the first time that you vote. If you are required to show ID, you must provide one the following:


-- A current and valid photo identification; or -- A copy of one of the following documents that shows your name and address: a current utility bill, bank statement, government check, paycheck, or other government document Note: Early voting (also known as One Stop Voting) is available from October 18, 2012 to November 3, 2012.

Have questions or need more information? Call 1-866-OUR-VOTE (1-866-687-8683)! Visit Election Protection: You Have the Right to Vote! for more detailed information about your right to vote in North Carolina. Source: Lawyers' Committee for Civil Rights Under Law
Posted by Cappuccino Soul at 10/22/2012 10:32:00 AM 2 comments:

Alicia's Movies Off the Beaten Path

Here’s a list of movies that I really love, that you probably haven’t seen before. Why not pick one, watch it, and post a comment here or send me an email with your comments about the film. I’d love to hear from you! 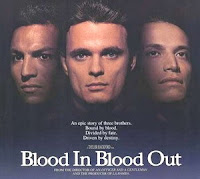 Here's an excerpt from Born in Slavery: Slave Narratives from the Federal Writer's Project, 1936-1938, which contains more than 2,300 first-person accounts of slavery and 500 black-and-white photographs of former slaves.

*(One of the most spectacular meteoric showers on record, visible all over North America, occurred in 1833.)

The sale began—young girls were there,
Defenseless in their wretchedness,
Whose stifled sobs of deep despair
Revealed their anguish and distress.

And mothers stood, with streaming eyes,
And saw their dearest children sold;
Unheeded rose their bitter cries,
While tyrants bartered them for gold.

And woman, with her love and truth—
For these in sable forms may dwell—
Gazed on the husband of her youth,
With anguish none may paint or tell.

And men, whose sole crime was their hue,
The impress of their Maker’s hand,
And frail and shrinking children too,
Were gathered in that mournful band.

Ye who have laid your loved to rest,
And wept above their lifeless clay,
Know not the anguish of that breast,
Whose loved are rudely torn away.

Ye may not know how desolate
Are bosoms rudely forced to part,
And how a dull and heavy weight
Will press the life-drops from the heart.


Did my homie from Delaware do the d*** thing last night or what? I was so proud and had maybe too much of a good time watching the debates. Here's the New York Times' take on the match.

Lloyd Bentsen was a friend of Joe Biden’s.

And the vice president made full use of his old Senate colleague’s 1988 debate playbook, shaking his head and scoffing pityingly at Representative Paul D. Ryan, trying to paint his opponent as a latter-day Dan Quayle.

Mr. Ryan was no Dan Quayle, but he did make the mistake of mentioning John F. Kennedy in an argument over whether tax cuts recharge the economy. Mr. Biden flashed a Cheshire Cat grin and said to Ryan, after waiting a beat to let the moment sink in, “So, now you’re Jack Kennedy?”

The vice presidential debate on Tuesday was supposed to be a reboot for the Obama campaign after the president’s dismal performance at his debate with the Republican nominee for president, Mitt Romney, last week. Mr. Biden, clearly delighted to come to President Obama’s rescue, relished his role, addressing his opponent as “my friend” but dismissing his arguments as “malarkey.” He laughed at Mr. Ryan’s remarks so often and so heartily that at times he seemed like a guest at a comedy club roast, not a vice president debating the fate of the nation with his opponent.

It was a sharp and spirited debate, with both candidates delivering some lacerating blows, but Mr. Ryan at times seemed disconcerted by the sheer blowhard intensity Mr. Biden brought to the night. Mr. Ryan tried to be respectful, listening to the vice president with a tilted head, choirboy smile and puppy-dog eyes, but he showed his irritation when Mr. Biden kept interrupting to attack his policy on Medicare. “I know you’re under duress,” he told the vice president, prompting another belly laugh.

For Mr. Biden especially, the night was his chance to relive past debates and unleash his inner barroom brawler. He had to be contained and courteous when he debated Sarah Palin four years ago, lest he look like a bully. This time he let loose. And unlike the courtly Mr. Bentsen in 1988, Mr. Biden turned his temperature up, singeing the young man across the table with patronizing grins, but mostly withering retorts. His interruptive barrage was as relentless as his silent mugging for the camera.

Mr. Ryan held his own, but did look abashed when Mr. Biden mocked him for opposing the Obama stimulus, yet asking for government funds for his own district. “On two occasions, we — we — we advocated for constituents who were applying for grants,” Mr. Ryan said stiffly.

“I love that. I love that,” Mr. Biden said. “This was such a bad program, and he writes me a letter saying — writes the Department of Energy a letter saying, the reason we need this stimulus — it will create growth and jobs.”

When Mr. Biden went after Mr. Romney’s infamous remark at a private fund-raiser about the “47 percent,” Mr. Ryan reminded the vice president of his own propensity for gaffes. “I think the vice president very well knows that sometimes the words don’t come out of your mouth the right way,” he said with a gotcha smile. Mr. Biden was not quite as amused.

Mr. Biden was not the only one in the room intent on rectifying his predecessor’s mistakes. Martha Raddatz of ABC News was the moderator, and she made a point of speaking forcefully, pushing the candidates to be specific and changing subjects abruptly. She seemed determined to be less passive and sleepy than Jim Lehrer of PBS was as moderator of the Obama-Romney debate.

Mr. Ryan made a point of praising Mr. Romney, even trying to soften his image by recounting a time when Mr. Romney gave money and attention to a couple whose children were badly injured in a car accident. It wasn’t the best example to use, because it prompted Mr. Biden to describe his own tragedy, when his wife and young daughter were killed in a car crash.