I know that keeping women and girls around the world free from fear and harm is as important to you as it is to me. That's why I'm inviting you to use your power as an American citizen to empower the millions of women around the world who suffer from violence and abuse.

I recently contacted my Representative and Senators asking them to support the International Violence Against Women Act (IVAWA, H.R. 4594, S. 2982). I urge you to do the same by visiting www.WomenThrive.org/IVAWA where you can send an email to your Senators and Representative.

This bill matters! Drafted in consultation with more than 150 groups around the world, the IVAWA (H.R. 4594, S. 2982) is a groundbreaking piece of legislation that incorporates proven solution for reducing violence into U.S. international assistance programs. It would impact millions of women, empowering them with tools to escape abuse.

Millions of concerned Americans like you and me are speaking up and taking action. Please add your voice by contacting your Congressperson!

The Des Moines Register featured an article on the International Violence Against Women Act and its importance in helping end violence against women and girls worldwide. (July 28, 2010)

Six months after Haiti suffered a devastating earthquake, female survivors living in camps for the displaced fall prey to rapists inside them. In India's northern states, "honor killings" have seen an uptick. People are killed under edicts issued by religious councils as punishment for marrying outside their caste or religion, or within a kinship group. In Congo, where mass rapes of women occur in front of their children, there is no word for rape. It's just called sex.

African Proverb: The Darkness of Night

The darkness of night cannot stop the light of morning. (Burundi) 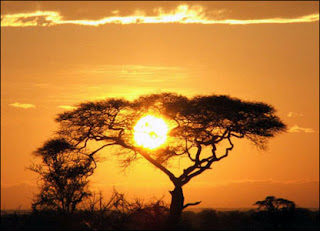 For Colored Girls: I Found God in Myself


Whoopi Goldberg, Phylicia Rashad, Janet Jackson, Anika Noni Rose, Kerry Washington, Thandie Newton, Kimberly Elise, Macy Gray, and Loretta Devine are coming to you soon in the upcoming film, For Colored Girls, directed by Tyler Perry, with a screenplay by Perry (based upon the groundbreaking play by Ntozake Shange, For Colored Girls Who Have Considered Suicide When the Rainbow is Enuf). I guess after seeing the film, viewers will decide if Shange's play -- which appeared on Broadway 35 years ago, and around the world on so many stages since then -- should have been enough.

Ntozake Shange's name means: She who comes with her own things.

Click here to see the trailer for the film.

(I can't tell you how much this play means to me, so if Tyler Perry has messed this one up, I may have to go looking for him.)

I hate it when people read or recount tragic stories IN DETAIL -- out loud. Why do they think everyone in earshot wants to hear that? I don't. I have a very vivid imagination and can visualize things in color and detail and only cringe and feel awful when I hear those stories told or shown. (This morning at work a woman felt compelled to read, out loud, in full voice, a newspaper story about a child who was run over by a school bus!)

On the other hand, I haven't been able to explain why I love a well made horror film that really scares me and shows the main characters overcoming evil and despair. Some of my favorites: Rosemary's Baby, 30 Days of Night, 28 Days Later, The Exorcist, Zombieland, and The Little Girl Who Lives Down the Lane.

These stories are especially appealing to me when I'm going through my own personal traumatic experiences. I'm sure this attraction can be explained by some Psychologist somewhere. 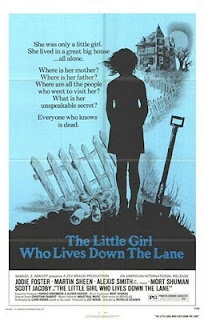 A Black Woman's Cells are Immortal

Returning the Blessings of an Immortal Life

Thank you sister Marchelle for telling me about this unbelievable story!

(This article was first published in The Washington Post on January 31, 2010 )

By early 1951, Henrietta Lacks, a mother of five in Baltimore, had suffered for some time from what she described as a painful "knot on my womb." She sought treatment at Johns Hopkins, a charity hospital and the only one around that treated black patients. The diagnosis: cervical cancer. Before administering radium for the first time, the attending doctor cut two dime-size samples of tissue, one cancerous and one healthy, from Lacks's cervix. No one asked permission or even informed her. The doctor gave the tissue to George Gey, a scientist who had been trying to establish a continuously reproducing, or immortal, human cell line for use in cancer research. According to protocol, a lab assistant scribbled an abbreviation of Lacks's name, "HeLa" (hee-lah), on the sample tubes.

HeLa succeeded where all other human samples had failed. Gey gave away laboratory-grown cells to interested colleagues. Scientists grew cells in mass quantities to test the new polio vaccine. Soon a commercial enterprise was growing batches for large-scale use. Discoveries piled up. HeLa led to the understanding that normal human cells have 46 chromosomes. NASA launched HeLa into orbit to test how human cells behave in zero-gravity. The cells, in turn, helped launch virology as a field and shot medical research forward like a rocket.

Nearly 60 years later, Lacks's tissue has yielded an estimated 50 million metric tons of HeLa cells. Scientific and medical researchers add about 300 HeLa-related studies a month to the library of 60,000 studies. Lacks's surviving family members have learned what was going on -- and have become subjects of interest for researchers, too. HeLa cells are still being used today because they grow so relentlessly in culture, which is rare for cells generally and for cervical cancer cells in particular.

"The Immortal Life of Henrietta Lacks" by Rebecca Skloot is a biography of the eponymous heroine and her offspring. There are her children, and their children, all reared in poverty and too often without health insurance. Lacks's world-changing cells, meanwhile, have been lavished with attention and money by scientists around the globe for nearly twice her lifetime. The story raises questions about bioethics and leaves a reader wondering who should benefit from scientific research and how it should be conducted. In the words of Lacks's youngest daughter, Deborah: "If our mother cells done so much for medicine, how come her family can't afford to see no doctors?"

Rebecca Skloot, an accomplished science journalist, became curious about Lacks at age 16 when a biology instructor shared her name and skin color but nothing else. Skloot's book is the result of a decade of research that took her to a Lacks family cemetery where black descendants are buried atop white slaveholder relatives, to depressed Baltimore neighborhoods, to Johns Hopkins's world-class medical research center and to Crownsville Hospital Center in Maryland, formerly the Hospital for the Negro Insane.

Skloot's vivid account begins with the life of Henrietta Lacks, who comes fully alive on the page with her "walnut eyes, straight white teeth, and full lips" -- a woman who loved dancing and, in the words of her cousin Emmett Lacks, was the "sweetest girl you ever wanna meet." Skloot goes on to reveal the complex emotional, scientific and legal issues that Lacks's life engendered. Her cells lead a life of their own, from Gey's research lab in Baltimore to the Tuskegee Institute and the for-profit venture Microbiological Associates (which became a part of the companies Invitrogen and BioWhittaker).

The Lackses learned about HeLa in the 1970s and embarked on a bewildering quest for comprehension and reconciliation. Henrietta's first cousin Cootie puts the entire remarkable HeLa history in stark relief: "Nobody round here never understood how she dead and that thing still livin. That's where the mystery's at."

"Immortal Life" reads like a novel. The prose is unadorned, crisp and transparent. Skloot frequently glides into section and chapter breaks with thought-provoking quotations from interview subjects. This technique sometimes lets well-meaning scientists demonstrate through naivete how easy it is to objectify human research subjects. Years later, Gey's lab assistant Mary Kubicek told Skloot about Lacks's autopsy: "When I saw those toenails, I nearly fainted. I thought, Oh jeez, she's a real person." An afterword takes the reader from the story into current thinking about bioethics. (President Obama created his own bioethics advisory panel before Thanksgiving.)

This book, labeled "science -- cultural studies," should be treated as a work of American history. It's a deftly crafted investigation of a social wrong committed by the medical establishment, as well as the scientific and medical miracles to which it led. Skloot's compassionate account can be the first step toward recognition, justice and healing.
Posted by Cappuccino Soul at 9/09/2010 08:41:00 PM 1 comment:

Reprise: Should Voting Be Mandatory in the U.S.?

Editor's Note: I initially posted this article in April 2008, but the issue is still relavant today? What if ... ?

Better Than Wine: Song of Solomon