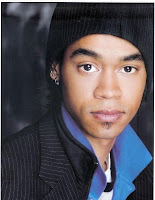 Here's the latest news on my Washington, D.C., genius musician homie, Marvin Gaye. Lenny Kravitz has been cast to play Gaye in a film about the singer's life, from his time in London in 1981, to his secluded years in Ostend, Belgium, where music promoter Freddy Cousaert took him to recover from various addictions. Julien Temple, who is known for his documentary London: The Modern Babylon and a film about the Sex Pistols, will direct the film. This month also marks the 40th anniversary of Gaye's masterpiece, the soundtrack to the film Trouble Man. The movie wasn't so great, but the recording is filled with some of the most compelling movie music ever made. From the main theme, "Trouble Man," "Cleo's Apartment," "Abbey Walsh," to "T Plays it Cool" and "Life is a Gamble," the listener gets a full experience of a tense and action-packed story just by listening to Gaye's funky, sensual, and dramatic music. As a testament to Gaye's timeless sensibilities, tunes from the Trouble Man soundtrack have been used many times by artists such as Kanye West, T.I., Angie Stone, Raashan Ahmad, and on and on. Certainly with more to come. Hip-O Select.com/Motown released a brand-new edition of Trouble Man to celebrate its 40th anniversary. The new 2 CD expanded edition will feature the remastered original soundtrack recording, plus 29 unreleased performances, including alternate takes, rare vocals, and the full score for the film. It's a must-have (Well at least, I gotta have it). See the full track listing for "Trouble Man" Here are two jewels from the sountrack: "Trouble Man" and "Cleo's Apartment"
Posted by Cappuccino Soul at 11/20/2012 03:08:00 PM 2 comments:


This little girl is going places -- ya heard? After I saw Quvenhzané play Hushpuppy in Beasts of the Southern Wild, I couldn't get her tough, lovable, and wise character out of my mind. Please take your little girls, especially your little brown girls, to see this. They'll never forget it and will undoubtedly be inspired by this story about a girl's resilient and unbreakable spirit as she braves a Katrina-like storm in the Bayous of Louisiana.

Here's a blog post from the Beasts of the Southern Wild website and the Youtube clip of Quvenhzané Wallis accepting her first (of many, I'm sure) awards for her portrayal of Hushpuppy.

Back in October, Quvenzhané Wallis received the New Hollywood Award at the Hollywood Film Awards, joining the ranks of previous recipients like Robert Pattinson, Jennifer Lawrence, Gabourey Sidibe and Felicity Jones. Her acceptance speech from the night was recently released on YouTube and we can not stop smiling. From a sassy six year old from Houma, Louisiana to a confident and grounded young girl on the Hollywood stage, we are so proud of our Hushpuppy!

President Barack Obama gives a heartfelt thanks to his campaign workers. In explaining to them how he wanted to live a life of purpose, he says: "I wanted to make sure people living in poverty could get decent jobs and live in dignity....to make sure people didn't have to go to the emergency room to get healthcare."
Posted by Cappuccino Soul at 11/09/2012 10:48:00 AM 2 comments:

“As many know, the Chinese expression for "crisis" consists of two characters side by side. The first is the symbol for "danger," the second the symbol for "opportunity."

―-Al Gore, An Inconvenient Truth: The Planetary Emergency of Global Warming and What We Can Do About It

And here's what I imagine Al Gore is saying as he watches the catastrophe of Sandy along the East Coast: 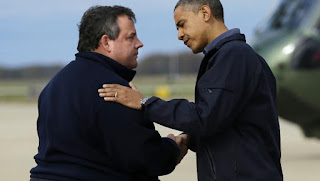 Christie: "I have to give the President great credit. He has been attentive to anything that I've asked for ... as far as I'm concerned, he's done a great job for New Jersey." Christie: "I've got a job to do in New Jersey ... If you think, right now, I give a damn about Presidential politics, then you don't know me."
Posted by Cappuccino Soul at 11/01/2012 12:07:00 AM 4 comments: