Mother Love and Spirit of the Muse

It's funny how the subconscious works. I found this Dexter Griffin print, "Mother Love," many months ago at a thrift store and just recently hung it up in my home. Then, recently I looked at the film Jackie Brown again and remembered how much I admired the art on her apartment walls. I wondered who the artist was and immediately thought of "Mother Love." Here's one of the prints that Quentin Tarantino's production design crew chose for the character. Guess who the artist is:

It's All About the Critique: Charlotte Observer Article

After using the left side of his brain as a mechanical engineer for 40 years, Russell Case decided to focus on his creative side; he began writing 10 years ago.
Posted by Cappuccino Soul at 5/27/2010 08:54:00 PM No comments:

Here's a good song to dance to by Amerie, and it includes a good example of the Go Go music that has quietly influenced lots of musicians.

And here's a guy just doing the drumming, because I guess he loves it that much. More power to you bruh.

Abstract City: The Art of Coffee 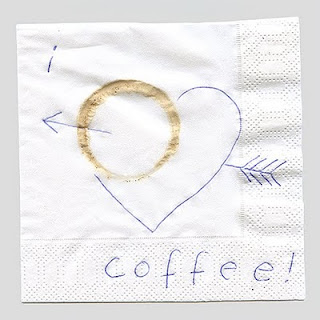 Here's a guy who loves coffee almost as much as I do. Take a look at how Christoph Niemann illustrates his love for coffee over the years in the New York Times. It's very clever and struck a chord with me. "I must have been 5 when I discovered the taste of coffee ..."

Here's my post about my coffee addiction that compliments Niemann's piece so well: Confession Time: I'm a Coffee Fiend 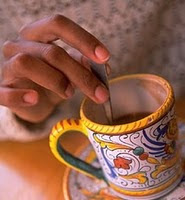 Arizona: They Don't Really Care About Us?

I read this blog entry by New York Times reporter Robert Mackey posted last week, about Arizona's new law regarding ethnic studies classes in the public school system. Can you see the problem here and where this could be leading? If you can't see it after reading the blog post, take a look at another assessment of the new measure by Phoenix writer, Jermaine Jasper, below. He breaks it down very well, in plain ingles.

Just weeks after adopting a controversial immigration law denounced as racist by its opponents, Arizona has adopted a new measure restricting what can be taught in ethnic studies classes in the state’s public schools.

The new law, which suggests that students are “taught to resent or hate other races” in such courses, was promoted by opponents of a Tucson school district program devoted to the study of Mexican-American history and culture.

When the measure was signed into law by Gov. Jan Brewer on Tuesday, the Arizona Daily Star explained:

One provision of House Bill 2281, passed last month by the state Legislature, says that Arizona’s government:

Prohibits a school district or charter school from including in its program of instruction any courses or classes that:

•Promote the overthrow of the United States government.

•Promote resentment toward a race or class of people.

•Are designed primarily for pupils of a particular ethnic group.

•Advocate ethnic solidarity instead of the treatment of pupils as individuals.

Judy Burns, the president of the Tucson district’s governing board, told the Los Angeles Times the measure was misguided because, “We don’t teach all those ugly things they think we’re teaching.”

Mr. Horne also showed reporters a photograph of what he said was “a protest against my bill by students and teachers at Tucson High School and, as you can see, they are dressed up as revolutionaries.”

One of the functions of the public schools is to take kids of different backgrounds and teach them to treat each other as individuals. And this ethnic studies program does the opposite. It divides kids up by race.

In Mr. Horne’s run for state attorney general he has made his fight against Mexican-American studies a focus. The main page of his campaign Web site is now almost entirely devoted to trumpeting his efforts “to ban ethnic studies.”

According to The Arizona Daily Star, Mr. Horne’s battle against the Tucson district’s Mexican-American studies program “goes back to 2007, when activist Dolores Huerta spoke at Tucson High and told students that Republicans hate Latinos.” When Mr. Horne sought to counter this message by bringing Margaret Garcia Dugan, a Latina Republican who is his deputy, to speak at the school, “students stood up, turned their backs to her and put their fists in the air.”

Mr. Horne and Ms. Garcia Dugan told the Daily Star on Wednesday “that they had never seen such disrespect from students to a speaker, and they firmly believed that the students didn’t learn to be rude at home, but in the classroom.”

Inarritu: From Babel to Biutiful

Following the genius of his 2006 film Babel, director Alejandro Gonzalez Inarritu offers what many reviewers are calling one of the best films to come out of this year’s Cannes film festival.

“ Warm applause and plenty of tears at a press screening on Monday at the Cannes film festival, where [Biutiful] is in the main competition, suggest it is one of the early favorites for awards, with Bardem in the frame for best actor,” Reuter’s reported this week.

In [Biutiful], Javier Bardem (one of my favorite actors) plays Uxbal, the main character in Inarritu’s Spanish-language drama about a man in Barcelona who earns money by giving messages to the loved ones of recently deceased people. Biutiful also focuses on immigrant workers who struggle to survive in a place where they’re treated inhumanely.

Inarritu told Reuters that death is a topic that he examines in all of his films. Other reviews of the movie discuss the depressing and riveting journey that Uxbal goes on in the story.

The director says that people ignore the inevitability of aging and dying. "We are sick, the society is really sick, we are going in the wrong direction," he said.
I’d have to agree.

Thankfully, the closer I grow to God, the less afraid I am of death. As a matter of fact, the more I invite spirituality into my life, the fonder I become of the idea of death. Of course, I don't want to fall in love with that idea -- I plan to live to be at least 100. (God willing!)

So, I’m looking forward to seeing Biutiful. If it’s anything like Inarritu’s Babel, it promises to move us and take us on an emotional ride.

God Loves You and You Love God

As I was looking for inspiring quotes and words today, I came across some messages – one from my daughter and one from my friend Annette – that did the job. How blessed I am to have such a loving daughter and friends, such as my dear amiga, Annette.
Here are their messages to me:

You’re in a good place spiritually right now. Be very protective of your space and your heart.
-- Annette

God loves you and you love God.
-- Gigi 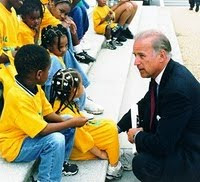 Read the story below about my homie from Delaware, Vice President Joe Biden, in The Root.

The Women Talk. The Men Listen

As I was reading one of Gigi’s books Ashanti to Zulu: African Traditions, I was surprised and tickled by one entry about the Tuareg people. I was so taken with this practice, that I’ve incorporated some of the ritual practices in a performance piece that I’m writing about women.

A beautiful Tuareg (twah-reg) singer sits in front of a tent playing a musical instrument with one string. As the sun sets in the desert sky, she sings in a high voice while Tuareg men sit on the ground and pass around a bowl of milk. They lift their veils to sip. This is ahal, a Tuareg party. The Tuaregs are called “the people of the veil,” but only the men wear veils. When ahal breaks into small groups, the women will do most of the talking. The men will peer over their veils, listening with great respect to the poetry and stories of the women.

To read more about the Tuareg people, visit the Bradshaw Foundation

An estimated 100,000 people took to the streets (in Athens, Greece) during a nationwide general strike that grounded flights, shut all services and pulled news broadcasts off the air.

Hundreds of demonstrators – including far right wing supporters – broke away from the marches and tried to storm parliament, shouting “thieves, traitors.” At the opposite end of the political spectrum, groups of anarchists hurled Molotov cocktails and ripped-up paving stones at buildings and police.
-- The Spokesman-Review, May 6, 2010