Hillary Says Vote Obama for a Taste of Freedom

You can say what you wanna say about Hillary Clinton but she gave a very passionate and moving speech last night at the Democratic National Convention in Denver in support of Barack Obama, and in an effort to get her supporters to vote for Obama in November.

She plainly told all Democrats, including her reluctant supporters, to go out and vote for Obama. "Barack Obama is my candidate. And he must be our president," she said. She seemed to be so emphatic about encouraging -- no -- insisting that people vote for Barack that I almost thought she was going to say something like:

"When you get up on Election Day, don't bother to take a shower or brush your teeth. Throw anything on and RUN to the polls. If you don't know how to spell his name, it's B-A-R-A-C-K, O-B-A-M-A. If you need a ride to the polls, Chelsea and I will make sure that you get there. Here's my number. Call me if you need a ride. I'll make sure to get you there so that you can cast this most CRUCIAL vote .... Do I need to repeat anything I've said here tonight?"

I was also genuinely moved by Hillary's references to women's voting rights, her own historical campaign, her concern that we all have access to healthcare and financial security, and her recalling of a fierce abolitionist -- Harriet Tubman.

I could see the visuals when Hillary told the Democrats that we need to follow Harriet Tubman's advice:

On that path to freedom, Harriet Tubman had one piece of advice.

If you hear the dogs, keep going.

If you see the torches in the woods, keep going.

If they're shouting after you, keep going.

If you want a taste of freedom, keep going.

Please let's keep on going to the polls in November and let's make sure we get the Obama-Biden team in the White House! 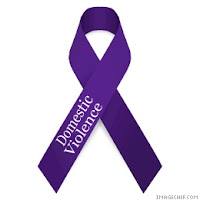 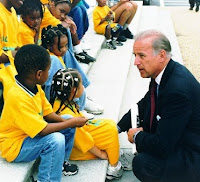 I think today was the first time I've ever received roses for my birthday (which is coming up in a few days!). I was pleasantly surprised when one group of my students (mostly from Russia) presented me with a beautiful bouquet of red roses. What a treat! And the card and generous gift card really made my day. They never cease to amaze me. The birthday card says that I am "A Gift from God." If they only knew how heaven-sent they've been to me. I dreamed about them years before I met them. They have been a spiritual blessing.

Run, If You Can

I've been taking martial arts classes for about a month now with my 6-year-old daughter and just recently found out that the style we're using is called American Freestyle Karate.

Of course, I had never heard of this, so I did a little research.

The word karate means "empty hand" in Japanese. This clarifies some things I'm learning about what the martial arts are all about -- self defense. The most important thing to remember about self defense is that the best thing to do when danger comes is to RUN or GET OUT OF THE WAY, if you can. The other blocks, kicks, and other techniques are tools to use if you simply MUST fight.

One of the teachers in the class, who has earned a black belt, told me that he has actually never been in a fight. Imagine having all that skill and discipline and never having the necessity to use it. That's a wonderful thought.

I, on the other hand, have been in a couple of fights. I know the value of being able to protect yourself from harm -- I wasn't always able to do it.

One of my fights was a childhood tussle and the other also happened when I was a child. It was a dreadfully serious situation in which I had to fight off an attacker. It's not a pleasant memory but everytime I think about that situation I'm reminded of my strength and will to survive. This is perhaps one of my reasons for being so interested in the martial arts.

The style that we're studying -- American Freestyle karate -- includes techniques from various cultures including Japan, China, Korea and The Philippines. Work with the sword comes from Japan. They also stress hard punching with the fists. Korea emphasizes kicking and the Filipino style involves highly proficient stick fighting. The American style uses all techniques or whatever works in the given situation -- punching, kicking, grabbing, pulling, weapon techniques, etc.

Jonathan Green and Diego Rivera at the Thrift Store

I couldn't believe my luck this week as I went hunting for art at area thrift stores. I wrote about a Jonathan Green piece that I found at The Salvation Army last December on Central Avenue and now I've found two more really great pieces. One is another Jonathan Green print of two Gullah children fishing by the water, and the other is a Diego Rivera piece of a woman holding a bunch of gorgeous white Calla Lilies.

One of the Rivera prints that I found is on this page. I can't find a picture of the exact Green print that I found but here are some examples of his brilliance. 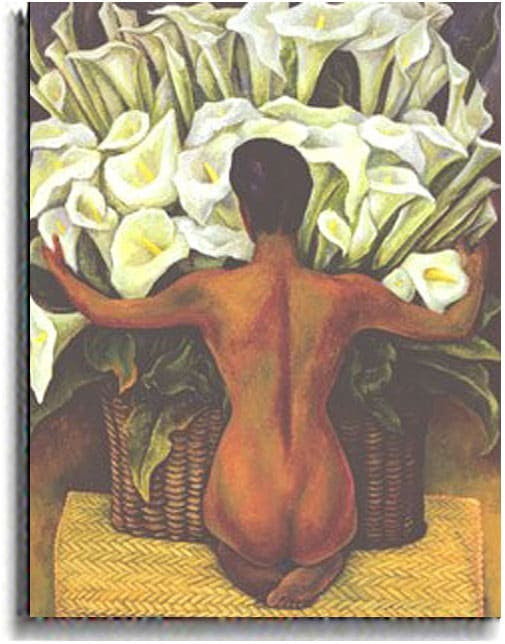