I saw this classified ad on a journalism Web site today. I sent it to my friends who work in the social justice community in Nashville so that they can see what The Tennessean is planning in terms of its coverage of social issues. This might be a chance for more of you activists and organizers to tell your stories. Things might be looking up in Nashville.

The Tennessean and Tennessean.com are seeking an aggressive reporter to cover diversity and social issues. Nashville is a boomtown in growing Middle Tennessee, with great stories to be told about the people who are drawn here and how they are affecting longtimers. We are seeking a reporter who can tell these stories, on the streets and as a watchdog. Five years of solid beat coverage at a daily newspaper are a must. Multimedia, database skills and Spanish fluency will be a big plus. Please send a cover letter, resume, clips and some story ideas to Ricky Young, city editor, The Tennessean, 1100 Broadway, Nashville, TN, 37203. You can also e-mail ryoung@tennessean.com, with diversity in the subject line.

I Already Know the Answer

Last night I learned some powerful lessons from the pastor of the True Worship Restoration Center in Madison, Tenn.

Other things I learned:

-- The more God you have, the more power you have.

-- To be successful you have to become God's friend.

(And this is one that really hit home for me): 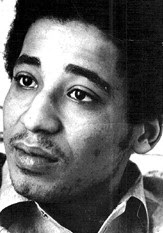 “This is a revolution and we are the vanguard.” – from Black August, the film

A provocative film called Black August about the life of the legendary Soledad Brother, George Jackson, is set to come out some time this year. If the film, starring Gary Dourdan, is as exciting as The YouTube clip from the film then I will definitely pay my money to see it.

One of the books in our house that most intrigued me as a child was Soledad Brother: The Prison Letters of George Jackson. This book, along with James Baldwin’s, If Beale Street Could Talk, brought to my attention, early on, the very delicate nature of our existence as African-Americans in this country. These books describe quite brutally how easily we can be snatched away from our everyday lives and thrown away in prisons all over the country. Although Jackson’s book, a series of letters that he wrote from prison from 1964 to 1970, and Baldwin’s book (published in 1974) were penned decades ago, their message still rings true -— a black person is at the mercy of the legal system in this country and this is a dangerous situation to be in. For even those of us who are innocent of criminal activity (like Fonny, Baldwin’s character in Beale Street), are treated with little dignity and most often come out of the prison system more broken than we went in.

In Jackson’s case, what prison authorities didn’t count on was Jackson’s unusual growth in prison. His charisma and leadership qualities made him one of the most famous leaders of prisoners in history. After being put in Soledad Prison when he was 19 for robbing a gas station for 71 dollars, Jackson studied leftest political philosophies while in solitary confinement for two years, then started prison study groups and organized a prison branch of the Black Panther Party. By the time he published Soledad Brother, Jackson had become a nationally recognized figure and leader among inmates.

In 1970, Jackson, along with two others, was charged with the murder of a white guard. The three became known as the Soledad Brothers. On August 21, 1971 prison guards killed Jackson while he was, allegedly, attempting to escape jail. The uncertainty surrounding Jackson's killing helped set off the uprising at Attica state prison in New York three weeks later.

This camp brings out the very best in brothers or destroys them entirely. But none are unaffected. None who leave here are normal. If I leave here alive, I'll leave nothing behind. They'll never count me among the broken men, but I can't say that I am normal either. I've been hungry too long. I've gotten angry too often. I've been lied to and insulted too many times. They've pushed me over the line from which there can be no retreat. I know that they will not be satisfied until they've pushed me out of this existence altogether.

Falling Out of Grace

Here’s one of those events that I really do wish I could attend.

Here’s a very wise passage from Some’s book: Falling Out of Grace: Meditations on Loss, Healing, and Wisdom

One day my life began to fall apart. Almost before I was aware that anything had happened, I was faced with cold reactions from those around me. For some I was a nuisance. For others, I was nothing at all. Some people found ways to blame me for destroying their dream world and resented me for not being perfect. Others would quickly turn their face to avoid eye contact. In those days I felt so small and pitiful that I thought even death would reject me. I stood like a candle at the mercy of the wind of other people’s hurt feelings. Well. There was some truth to my feelings of failure. I had failed my community and I knew it. I had to really dig deep within myself to find a reason to live. With the love, support, and comfort of others, I survived. Many people in my situation do not survive. They die of abandonment or a broken heart, even as they continue to live. As brought back to grace by what I learned was my true community, I found strength in the people who remained by me, and in those who joined them at such a chaotic time. I redefined my community, or perhaps I should say my community redefined itself for me. That, I suppose, was a lesson … another was of grace, the way it comes not only to those who deserve it, but also to those who need it.” -- Sobonfu E. Somé

It’s not often that a whole city decides to take a good look at itself. But that's just what civic leaders in Charlotte, N.C. decided to do after a Harvard study ranked that city next to last in interracial trust. The group created a project called Crossroads Charlotte to discuss how organizations in the city could begin to help Charlotte's citizens trust one another more.

In late April, organizations in Charlotte unveiled programs that will work to make the city a better place for all of its residents, according to The Charlotte Observer. More than 35 groups are working on Crossroads projects that will be announced in three waves.

Here are some of the innovative Crossroads programs that have started or will start soon (Reported by The Charlotte Observer):

Will work to increase access to cultural programs by investing in racially and ethnically diverse communities and groups such as Latino arts organizations along the Central Avenue/Albemarle Road corridor.

Teaming to offer literacy and English as a Second Language classes at library branches.

Producing a play about race relations.

Focusing on increasing the community's awareness of people in poverty.

Expanding its Saturday Academy, a program for academically struggling students.

Continuing its Friday Friends program, which asks people of different races to have lunch together regularly.

Launching a Crossroads-centered curriculum as part of its general education program for all students. As part of the multiple-course program, students will work on community projects that help foster interracial trust.

Producing a series of documentaries about the history and life of local ethnic communities, and airing the final report of the Charlotte-Mecklenburg African American Agenda, a group trying to find solutions for problems facing the black community.

Charlotte’s estimated population is approximately 610,900, and Nashville’s is 607,400. Wouldn’t it be nice if Nashville could follow Charlotte’s lead and develop a Crossroads Nashville? Who can we call to get such an effort started?
Posted by Cappuccino Soul at 5/10/2007 10:29:00 AM 10 comments:

Don’t Let the Rain Fall Down 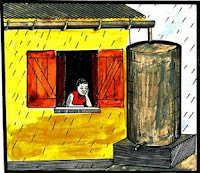 Whenever I’m blue (like now) or sometimes even when I’m feeling silly, I sing “Oh No, Don’t Let the Rain Fall Down,” out loud or just in my head. For some reason it makes me feel better. Maybe it’s because I learned the song as a child in music class, along with “Santa Lucia” and Erie Canal (Low Bridge, Everybody Down).

I wish I could find a recorded version of this song and the others. But if you see me and you want to know how these songs sound, especially “Don’t Let the Rain Fall Down,” I’d be happy to sing a little for you.

Don’t Let the Rain Fall Down
By The Serendipity Singers 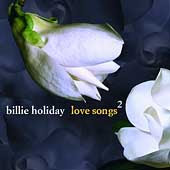 It's funny how Billie Holiday impersonators are often very amusing. The imitators try to capture the Lady’s unique intonations and vocal agility, but often seem to tighten their throats too much and sing with an excess of vibrato. Holiday’s voice had a natural tremble that was harsh and smooth at the same time. She was able to both soothe and jar listeners.

Holiday's Love Songs 2 will satisfy listeners who crave Lady Day's authentic intensity that no other singer has ever been able to duplicate. With this album, Holiday takes listeners on a passionate journey into love’s joy and tragedy.

Billie’s desire and obsession for the men in her life come through on every note. It’s a little unnerving when she sings, “I'm like an oven that's crying for heat/ He treats me awful each time that we meet/ it’s just unlawful how that boy can cheat/ But I must have that man.” You wonder how such a strong, gifted woman could serve as a doormat for any man. Holiday, who conveyed true emotion and heartache with her voice, was obviously speaking from experience. She was sexy and tragic--a feat that's hard for today's young female singers to pull off. They either sound too raunchy, too rough or like little girls pretending to be experienced women.

Pianist Teddy Wilson, trumpeter Buck Clayton and Holiday's musical brother, Lester Young, will please listeners the way few of today's musicians do. These men were master craftsmen who knew how to follow and support lead singers. When Holiday intentionally falls behind the beat, they're right there with her. The band members often set the tone for the songs with long introductions that setup Billie’s grand opening.

Holiday, who deftly walked the line between sensuality and despair, has influenced many contemporary singers. But not many can match Lady Day’s straight and sincere dose of love, lust and tragic romance.
Posted by Cappuccino Soul at 5/03/2007 10:47:00 AM 7 comments: