Teaching Children to Participate and Vote!

My 6-year-old daughter voted yesterday! Yes, that's right, she boldly and definitively cast her vote for Barack Obama. Don't worry. We didn't break the law. I'm well aware that you have to be 18 years old to vote in this country. My little lady participated in the Kids Voting initiative that prepares children for a lifetime of active civic participation.

So, while we were at the library yesterday and the adults were standing in the long early voting line -- and believe me, that line was long -- she walked over to the Kids Voting booth to cast her vote. Like a big girl, she went into the makeshift voting booth, wrote her name, the name of her elementary school, and indicated her grade level on the ballot. Then she checked the box next to the picture of Barack Obama -- without hesitation. She placed her ballot in the box and received her "I Just Voted" sticker, which she immediately put on her shirt. I gave her a high five and we grinned.

Here's some information about Kids Voting from the organization's Web site.

After classroom preparation, students take part in a voting experience using a ballot that mirrors that of the adults with the same candidates and issues. This “real life” practice dispels the mysteries of the voting process and reinforces the knowledge and skills gained through Kids Voting classroom activities.

Look for the Kids Voting polling places in your town and let your children feel what it's like to engage in civic participation!

This is the theme song that I used as inspiration to drive over to my neighborhood library in Charlotte, N.C. and cast my vote for Barack Obama and Joseph Biden. The title "Tanto Tempo," which means "So Long" in Portuguese can mean a lot of things, but for me it conjured up images of George W. Bush leaving the White House and the inauguration of the great Obama.

Bebel Gilberto, the woman who sings this lush and sublime number, actually sings in Portuguese so I had to look up the lyrics to this song in English. Even though the lyrics don't fit the theme of my post here, I still LOVE this song. It makes me think of beautiful Brazil and the warm breezes that I'm sure blow through that magical country. "Tanto Tempo" takes me to another place -- a place filled with promise, vibrant colors, hope, and tranquility. Please take us to that place Obama and Biden. We need that revolutionary change that you've been promising on the campaign trail.

Also, here's a note about "straight party" voting that they gave us at my voting place that all voters should keep in mind. We don't want anything to trip us up!

A "straight" vote does not include the office of president or any nonpartisan race or issue. You must vote for president/vice president seperately from the other offices.

A Little Lower Eastside in My Ride

The Klezmatics recording called “Shvaygn=Toyt” is what I listen to now as I’m driving to and fro these days. It’s a great find from one of my neighborhood libraries (that’s right, I have two libraries that are near me).

A CD selection playing in my car has to be above average in quality because I’ll listen to the recording for days or sometimes weeks before I go on to the next CD. (My daughter also has to approve because she simply won’t stand for listening to poorly made, uninspiring music as she sits in the back seat of the car and hums or sings along.)

This group of Manhattan musicians infuse strong klezmer, mazltov, Eastern European, and some American musical influences into their artistry. In their music, you hear jazz in one number, traditional Yiddish clarinet riffs and trills in another, Russian songs, and even some touches of rock in other tunes.

The harmonies, dance rhythms, and cries of instruments make for a spiritual-klezmer delightful treat. I’m simply taken away to another land (or at least the Lower East Side) when these people play. The musicians on “Shavaygn-Toyt” include: Kurt Bjorling on clarinet, David Licht on drums, Frank London on trumpet, Paul Morrissett on bass, Lorin Sklamberg on piano, accordion, and vocals; and Alicia Svigals on violin.

Think on These Things (Gullah Version)

Here Paul is speaking to the people:

USA Today reporter Clay Carey said that Clemmie Greenlee is an angel that rose from the streets and he's right.

I know this lady. I met her when I was living in Nashville and could feel how special she was when I was talking to her. I knew that she had been formally homeless and was working as an advocate for the homeless with the Nashville Homeless Power Project, but I didn't know all the details about her story.

What I didn't know until I read a little about her history is that Clemmie started having trouble with the law when she was 12. She was a drug addict, alcoholic, prostitute, and was prone to violent behavior. But after she found her way to Nashville's Magdalene home, a two-year residential community for women with a history of prostitution and drug abuse, she said God chose her to minister to others. Clemmie also had to deal with the killing of her 29-year-old son, Roderiquez in 2003 when a rival gang member shot him in the neck.

Clemmie has found a way to use her past turmoil and grief to help other people. She is an advocate for the homeless in Nashville, and she also runs Galaxy Star Drug Awareness -- an organization that works with youth and adults to stop violent behavior and drug use.

Last year, the Nashville Scene named Clemmie, Nashvillian of the Year and this week, USA Today featured Clemmie in a telling article and compelling photo layout.

The USA Today article and photo gallery that ran Tuesday, reveals Clemmie at work helping the homeless in Nashville. Please click on the links and read about her story. Maybe she'll inspire you to get out there and do something for somebody. She certainly has done that for me.

I asked my daughter yesterday why she draws stars and checks on each day of the Tinker Bell calendar in her room. She said that she wants to mark every day. “I celebrate every new day mommy,” she said. What a wonderful practice, I thought. I need to start making a conscious effort to do the same.

“This is the day which the Lord has made. Let us rejoice and be glad in it,” I said to her. “That’s in the Bible.”

“You know what else is in the Bible?” she asked me.

Balm for Your Soul

Things I Did Well This Week

-- I helped my daughter go back to sleep last night after she woke up because of bad dreams. I told her that the people singing on “The Benedictine Monks Of Santo Domingo De Silos,” were praying for her. She told me that she can hear in her mind when people are praying for her.

-- I braided her hair very nicely and used some very colorful hairbows that highlight her beautiful brown skin.

-- I read stories to her at bedtime and listened to her read. (She’s such a good reader!)

-- I praised her writing and drawing. 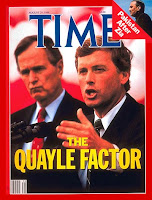