M.E.D., a black and Mexican rapper from Oxnard, Calif. tells us he's got black power and brown pride. This guy has got to be one of the few artists out there pulling together the African and Mexican sides of the family tree. This alone would get people's attention, but what's really worth listening to is his message about "unity" and "reinforcements" dating back to 1910 when blacks hid in Mexico City to escape the violence and dehumanization they suffered in America. In the video for his song "Blaxican," M.E.D. pays all kinds of tribute to the gamut of his ancestors, by showing murals, portraits, and more importantly, the brown and black faces of an African-American/Chicano community. Muy interesante. Are y'all ready for this? Check out the video for "Blaxican," a cut from M.E.D.'s 2011 recording Classic:
Posted by Cappuccino Soul at 1/24/2012 12:23:00 AM 2 comments:

Editor's note (Jan. 25): PBS will broadcast Slavery By Another Name on Feb. 13. Look for it in your local listings!

InThe Hidden Smile, a 10-year-old orphaned boy in Addis Ababa tries to integrate into a gang that's part of a whole street children's society where daily survival is a major challenge. (Directed by Ventura Durall, shown through Jan. 26)

Slavery By Another Name recounts the many ways in which American slavery persisted as a practice many decades after its supposed abolition. This documentary shows how an American moral failure has been obscured in history. (Directed by Sam Pollard, shown through Jan. 28)

In Red Hook Summer, when Flik's mom deposits him at the Red Hook housing project in Brooklyn to spend the summer with the grandfather he’s never met, young Flik may as well have landed on Mars. Fresh from his cushy life in Atlanta, he’s bored and friendless, and his strict grandfather, Enoch, a firebrand preacher, is bent on getting him to accept Jesus Christ as his personal savior. (Directed by Spike Lee, shown through Jan. 28)

“Majo” Tonorio, a.k.a. Filly Brown, is a raw, young Los Angeles hip-hop artist who spits from the heart. When a sleazy record producer offers her a crack at stardom, Majo faces some daunting choices. With an incarcerated mother, a record contract could be the ticket out for her struggling family. (Directed by Youssef Delara and Michael D. Olmos, shown through Jan. 27) 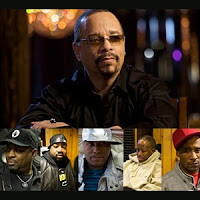 Incorporating break beats, fresh rhythms and freestylin', Something from Nothing: The Art of Rap, captures the soul and original genius of some of hip hop's legends, including Chuck D, Afrika Bambaataa, Grandmaster Caz, Mos Def, KRS-One, Run-DMC, Dr. Dre, Ice Cube, and Snoop Dogg. (Directed by Ice-T (What?) and Andy Baybutt, shown through Jan. 28.) Click here to get information on times, dates, and purchasing tickets to see Sundance Festival films in Park City, Utah.
Posted by Cappuccino Soul at 1/22/2012 12:11:00 AM 2 comments:

Sundance Looks Again at Daughters of the Dust 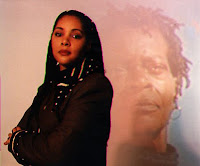 With the debut of Daughters of the Dust in 1991, Julie Dash became the first African American woman to have a full-length theatrical release in the United States. Hello! This makes it obvious why the 2012 Sundance Film Festival has decided to feature Daughters of the Dust in its "From the Collection" category. Daughters of the Dust pays homage to our African ancestors who lived on the seacoast islands of South Carolina and Georgia. Known as Gullah or Geechees, these ancestors had a distinct culture from the main island folks and retained many of the African words and ways of living. The film is a poem – a meditation on the strength, poetry, vibrancy, and beauty of a people and the ones who came after them. Here is the Voice of the Unborn Child, a character in the film:

"My story begins on the eve of my family's migration north. My story begins before I was born. My great grandmother, Nana Peazant, saw her family coming apart. Her flowers to bloom in a distant frontier."

In the film and in reality, as many of the people emigrated to the mainland and North, those who stayed on the islands held fast to the traditions and customs of their African-infused lives.

“My mommy and daddy stayed behind, with Yellow Mary. We remain behind, growing older, wiser, stronger.” -- the Unborn Child

“By using a not-yet-born major character/narrator, Dash demonstrates the Gullah/African sense of the connectedness of past, present, and future,” writes Joel R. Brouwer in his 1995 African American Review article, “Repositioning: Center and Margin in Julie Dash's Daughters of the Dust.” If you’re lucky enough to attend the Sundance Film Festival this year, you can see Daughters of the Dust at 3 p.m., Monday, January 23, at the Egyptian Theatre in Park City, Utah. (Although the last time I checked, there’s a waiting list to get in.) Check out How to Buy Tickets to see Sundance Film Festival films. Read the Scene Log for the film.
Posted by Cappuccino Soul at 1/19/2012 04:27:00 PM 2 comments:

Listen Ladies: Advice from a Man


This is a tidbit of a man's conversation I overheard at work:


"You're a prize possession, not everybody's worthy."

This might be the last day of Kwanzaa (Imani), but that shouldn't prevent you from seeing the film The Black Candle: A Kwanzaa Celebration, directed by MK Asante and narrated by Madame Maya Angelou. Asante's film not only tells the story of the meaning, history and legacy of Kwanzaa, it also tells the provocative story of the African journey from a stripped and tortured people to the descendants who continue to tell their ancestors' stories, struggles, defeats and victories. This film calls for Africans in the diaspora to live the principles of the Nguzo Saba with courage and conviction.

Take a look at The Black Candle:

Visit the Web site for the film to find our more about it and how you can sponsor showings of The Black Candle.  And if you haven't guessed, we need to practice these principles ALL YEAR LONG. A luta continua!
Posted by Cappuccino Soul at 1/01/2012 07:17:00 PM 1 comment: