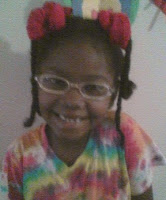 Let us close our eyes and pretend to be dead,
So that we may know who will mourn for us.
Let us walk unsteadily and pretend to stumble
So that we might see who will express concern.
It would not be a bad thing, even if we could
count on only one person.
But who will remain is difficult to determine.
This was the teaching of Ifa for Orunmila
When he was going to make people think
that he was dead.
So that he might know who were his true friends.
He was advised to sacrifice.
He heard and he complied.

From the Odu Ifa: The Ethical Teachings, translated by Maulana Karenga. The Odu Ifa is a body of sacred African texts designed to answer questions of human life.
Posted by Cappuccino Soul at 7/25/2009 05:23:00 PM 6 comments: 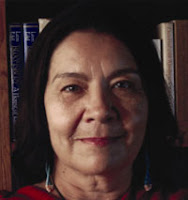 Silko's book is a provocative and telling recount of the author's family experiences and her impressions of life in the Native American culture in New Mexico and Arizona.

Here's a paragraph from her book that made a strong impression on me:

I learned about racism firsthand when I started school. We were punished if we spoke the Laguna language once we crossed onto the school grounds. Every fall, all of us were lined up and herded like cattle to the girls' and boys' bathrooms, where our heads were drenched with smelly insecticide regardless of whether we had lice or not. We were vaccinated in both arms without regard to our individual immunization records.


And here's a poem that Silko features in the book. The poem is written inside a mural, referred to as the Stone Avenue Murual, that's painted at 930 North Stone Avenue in Tuscon, Arizona.

(This really speaks to our situation today, doesn't it?)

Silko, born in Albuquerque, N.M., is a former professor of English and creative writing, and author of novels, short stories, essays, poetry, and screenplays. She has won prizes, fellowships and grants from such sources as the National Endowment for the Arts and The Boston Globe. She lives in Tucson, Arizona with her family.
Posted by Cappuccino Soul at 7/22/2009 02:22:00 PM 1 comment:

All Other Ground is Sinking Sand

Unless the LORD builds the house,
the builders labor in vain....

God Needs to be at the center of all relationships (friendships, family, marriages). "All other ground is sinking sand."

Tangling of the Hair

Note: If a child comes to stay with you for two days and her mother has just freshly braided her hair in small cornrows, there's no need to take down the braids and redo her hair. Especially if redoing the hair will make it all tangled in the back and hard to comb. This makes more work for the mother, and an unpleasant combing experience for the little girl. The little girl's mother purposely keeps her daughter's hair in African-style braids to avoid such tangling of the hair.
Posted by Cappuccino Soul at 7/13/2009 12:26:00 AM 13 comments:

Recently I was leafing through an old New York magazine from last Fall, looking for pictures to use for my ESL class, when I saw an announcement in the Nightlife section regarding a Terrence Howard performance with his band at Joe's Pub in Manhattan. I had no idea he had a band. Then I remembered how he talked about his love for music and how he loved to play the guitar and sing when he was promoting the film Hustle and Flow. He mentioned that it was odd that he was playing a rap singer since he wasn't a rap fan -- at all.

I searched YouTube and found some performances by Howard. I must admit, I don't much like his song, "Sanctuary," but I'm quite taken with another number he calls "Love Makes You Beautiful." It's a sad kind of song, with nice instrumentation and haunting background singing by, what sounds like, children. The song (album version) also features a segment that includes Howard and a woman speaking some words about Love that have been directly inspired by the Bible:

Howard's album, titled "Shine Through It," didn't shake up the charts, but I'd like to hear more music from Howard anyway. He's got a unique and melancholy musical style that's at least heartfelt and creative.

Here he is singing, "Love Makes You Beautiful" on the Late Show with David Letterman last Fall: 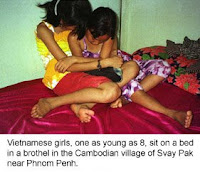 If you’ve heard reports about the worldwide problem of modern day slavery, this is what you must have said to yourself. I know I did.

As the mother of a 7-year-old girl, I cannot fathom the idea of her being misused in the way that children and adults, all around the world, are.

When I heard a report on NPR recently about an author’s trek to Haiti to research the dilemma of modern day slavery, I wanted to scream about it.

When Benjamin Skinner, the author of A Crime So Monstrous: Face-to-Face with Modern-Day Slavery, was conducting research for his book a few years ago, he went to Haiti and discovered that he could buy a 9-year-old girl to use as a sexual and domestic slave for $50.

Skinner went to 12 countries to meet with slaves and traffickers and found that there are more slaves around the world today than at any time in history.
For Skinner, his trip to Haiti was especially eye-opening.

“I pulled up in a car and rolled down the window,” he told NPR. Someone said, ‘Do you want to get a person?”

How detached. How cruel. Can you believe it?

“The thing that struck me more than anything afterwards was how incredibly banal the transaction was,” he told NPR. “It was as if I was negotiating on the street for a used stereo.”

Skinner, who was raised in Wisconsin and northern Nigeria, learned about slavery as a child at Quaker meetings. His great-great grandfather and other family members were abolitionists.

After hearing this story and others about current day child and adult slaves around the world, I started thinking about abolitionism and how more people are needed to help end all forms of slavery.

Let’s join in the cause.

Go here to discover what you can do to help fight modern day slavery and to help victims of this atrocious practice.

Ndioro Ndiaye, deputy director general for the International Organization of Migration, reports that an estimated 5.7 million children are laboring in debt bondage, about 1 million young girls are being detained and sexually exploited in prostitution and pornography rings, and 250,00 children are forced to fight as soldiers in about 30 worldwide conflicts.