I witnessed this explosive event. It was inspiring, groundbreaking, and elevated hip hop even one step higher.
Posted by Cappuccino Soul at 11/11/2016 09:47:00 AM 4 comments: 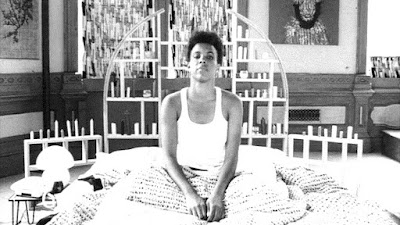 Grateful Garment helps sexual assault survivors leave the hospital with new clothes and their dignity. Click here to learn how you can donate to help Grateful Garmet support victims of sexual assault.
Posted by Cappuccino Soul at 8/09/2016 03:24:00 PM 2 comments:

If I had a son, I'd be tempted to move to Detroit, just so he could attend this phenomenal academy that trains African American boys to become disciplined, strong, and emotionally healthy men -- something we desperately need more of. Power to Sharath Jason Wilson and the other leaders at the The Cave of Adullam Transformational Training Academy. From the Academy's Youtube page:

During these perverse times, it's truly vital that we, the men and fathers of this generation, do not allow our boys to grow up with a false sense of masculinity like many of us did. As a result, we have a mass amount of emotionally unstable men walking in unresolved anger, confusion and depression, instead of power, love and discipline. So we place strong emphasis on allowing our recruits to openly express their emotions, so that we can teach them how to use those emotions to their benefit, and become a comprehensive man of God.

Watch how this teacher so masterfully instructs, consoles, and encourages this student: Click here to donate to the academy!
Posted by Cappuccino Soul at 8/05/2016 05:09:00 PM 74 comments:


For peaceful living,  we must consistently remind ourselves how our actions affect other people's well being.       -- alicia


"Our primary purpose in this life is to help others. If you can't help them, at least don't hurt them."
-- Dalai Lama


"Some people aren’t loyal to you, they are loyal to their need of you. Once their needs change, so does their loyalty."
-- Savage Angel

"People may not always tell you how they feel about you, but they will always show you. Pay attention." -- Kim Garst

You Don't Have to Learn


Jesse Williams y'all. This is a MAN right here. Can I say how taken aback I was by his honesty, power and truth when he delivered his acceptance speech for getting the Humanitarian Award from BET last night? And OF COURSE, I LOVE the way he started his message off by thanking all the activists, fighters, parents, teachers, etc. out there on the Front Lines. And then he gave us this: "This is also for the Black Women, in particular, who have spent their lifetimes dedicated to nurturing everyone before themselves. We Can and Will do better for you." That's like Music to my EARS J -- MUSIC to my ears! You MUST listen to this ENTIRE speech. And he ended it with a line that really could be part of a poem. He just needs to write it.
"Just because we're magic doesn't mean we're not real."
Posted by Cappuccino Soul at 6/27/2016 12:35:00 AM 6 comments:

A Guided Meditation for the Realities of Today's World

Getting What You're Getting


"May you have the courage and discipline today to do what is needed instead of simply what is convenient." --Thema Davis 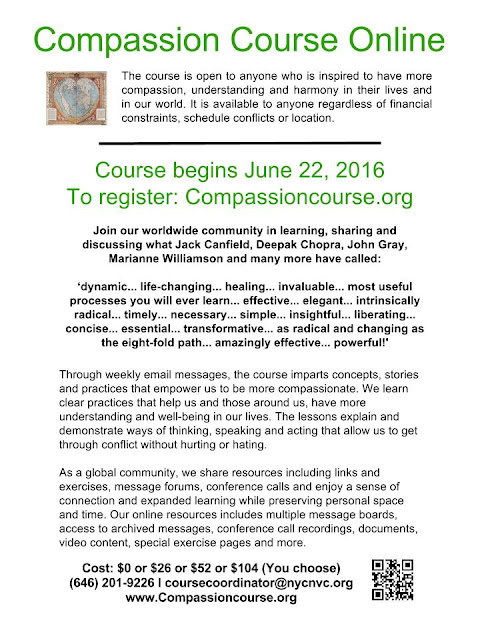 Nate Parker's The Birth of a Nation

To Be Greeted by a Turtle


Look what greeted me as I stepped outside my front door this morning. 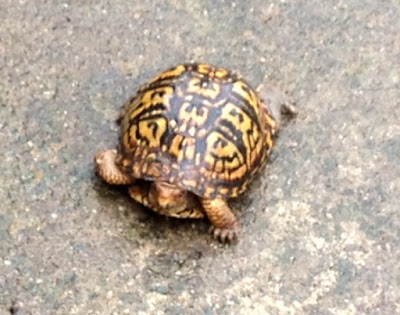 Meaning of the Turtle

I can't believe I've never read The Diary of Anne Frank, but I've just finished the play version. Of course, I'm speechless, that such a diary of a teenage girl who was eventually killed by the Nazis exists. She was such a fighter. One of the last words of the play is certainly worth remembering: "In spite of everything, I still believe people are really good at heart.
Posted by Cappuccino Soul at 4/07/2016 04:56:00 PM 6 comments:

If We Stand Tall


"If we stand tall it is because we stand on the shoulders of many ancestors."
-- Yoruba Proverb

Portrait of a Singer 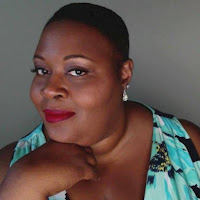 Here, Master teacher and speaker Cornel West lectures at the University of Hartford on February 10, 2016. He speaks on social justice issues, race relations, and the importance that artists play in giving insight and creating change. "Indifference to evil is more evil than evil itself." -- Rabbi Abraham Joshua Heschel "Nobody loves me but my mama, and she might be jivin' too." -- B.B. King
Posted by Cappuccino Soul at 3/10/2016 01:54:00 PM 4 comments:

The Art of Community Organizing: Giving Power to the People

Recently I had the privilege of participating in the Nashville Peace and Justice Center’s Leadership Institute. It was an amazing experience and inspired me to become more active in social justice issues. Before I enrolled in the Leadership Institute, I didn’t have the confidence to stand before people and make the following brief speech:

Did you know that across the country prisons often shackle pregnant inmates in labor or chain them to a bed? When a woman is in labor, it helps the process if she can move around, walk or squat. What real danger does a pregnant woman, screaming in pain, cause to anyone? Every woman deserves the right to give birth the way nature intended. Not with her legs shackled together like some wild animal. This practice of shackling and putting chains on pregnant inmates in labor is UNJUST and we need to fight to make it ILLEGAL.

This speech, which takes about one minute to deliver, was my homework for the public speaking portion of the workshop. Actually, I forgot some of the words as I was giving the speech. I looked at the floor and couldn’t remember what I was supposed to say next. But the encouragement that I received during my brief lapse of memory motivated me to gain my composure and finish. I truly hope I’ll be able to one day say these words to people who can make a difference in the prison system. My anger and frustration with the way all prisoners are oftentimes mistreated was one of my motivations for attending the Institute. I’m also looking forward to working with such groups as the Nashville Homeless Power Project. My friend Matt Leber, who persistently encouraged me to participate in the Leadership Institute training, John Zirker, and the other NHPP organizers, have been tirelessly working to empower Nashville’s homeless community and erase homelessness in Nashville. I hope I live to see the day when all homeless people find and keep safe affordable housing. When I see homeless people in Nashville, I’m reminded of the homeless family that I saw in New York City shortly after I had moved there. I saw a mother and father with three young children sleeping under dirty blankets at the World Trade Center subway station. I was appalled that whole families were so unprotected and vulnerable in such a harsh environment. Institute facilitators taught me that the role of community organizers is to challenge people to act on behalf of their common interests. Organizers identify leaders and enhance those leaders’ skills and commitment to their cause. In other words, organizers give people the power to help themselves. Imagine that entire family in New York City visiting their City Council representative and requesting that he or she vote yes for a resolution to build affordable housing clusters for homeless families. Imagine a group of single mothers lobbying their state representative to vote yes on a bill to increase the minimum wage rate in the state. Organizers can give folks like the homeless, single working mothers, pregnant female inmates, and many others the education, advice, and encouragement to stand up and fight for their rights. This is the work that I’m hoping to accomplish and the Nashville Peace and Justice Center Leadership Institute has given me the tools to send me on my way. A luta continua.(The struggle continues.)
Posted by Cappuccino Soul at 3/03/2016 02:04:00 PM 1 comment:

Film: A Self Compassion Exercise

A Self Compassion Exercise from Joe Bichard on Vimeo.

If this scene ever makes it to film, no actor will be able to match the anger and righteous indignation of Maryland U.S. Representative, Elijah Cummings, here at the first Congressional hearings on the contaminated water crisis in Flint, Michigan. He was just too honestly angry about this travesty and genuinely indignant about this crime perpetrated against Flint's citizens for anybody to ever duplicate the beauty and justice of his response. In the video below, during the Feb. 3 hearings, Cummings is speaking to Keith Creagh, Interim Director of the Michigan Department of Environmental Quality "Are the people paying, right now, in Flint for water they cannot wash in and cannot use, and cannot drink?! Are they paying water bills? .... Why would they be paying for water that they cannot even use, that is poisoning them? That's not American! This is not a Third World Country! Are they paying those bills?! Are you gonna relieve them of that?!"
Posted by Cappuccino Soul at 2/15/2016 12:52:00 PM 8 comments:

This is one of my favorite Earth, Wind, and Fire songs. Rest in Peace Maurice!

"Born of the Earth, are nature's children Fed by the Wind, the breath of life Judged by the fiery hands of God" -- from Earth, Wind, and Fire

Maurice White, founder of the legendary group, Earth, Wind, and Fire was born on December 19, 1941 in Memphis, Tenn. He died on February 4, 2016 in Los Angeles at the age of 74. He gave the world the incredible gift of his magical musical talents, which undoubtedly flowed from his intimate and pure connection to God. -- alicia 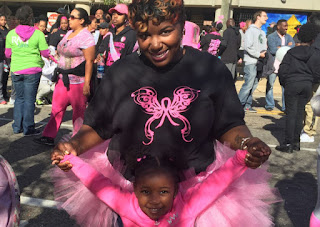 "As I was getting ready with my daughter this morning, she asked me ‘why are we using bottles of water instead of using the sink?’ And I tried explaining to her in 3-year-old terms what the situation is. And a lot of the work I do in the community is related to GM leaving, so you’re absolutely right. This is the second slap in the face, as we were recovering, we’re faced with this water crisis. With the community work that I do, I’d always said I didn’t want to leave home, but if I have to keep my child safe, I may consider options in another state.” -- Chia Morgan, Flint mother of 3-year-old
Posted by Cappuccino Soul at 1/21/2016 01:26:00 PM 3 comments: