The writer over at Dwellings of Thought, Ali Altaf Mian, wrote about the Muslim practice of turning ones body toward the Ka’ba during ritual prayer and the significance of facing a dark building covered in black cloth when praying. In his discussion of what the color black represents, he says this:

The Ka‘ba is covered in black for a reason. The color black contains all shades of pigment. The color black foregoes all other colors in its ability to absorb light; it is the ultimate sponge of radiance among the colors. Symbolically, then, the Ka‘ba absorbs all colors that spill out of the divine. The color black does not reflect or emit light elsewhere; light goes into it, losing its identity in the depth of the color black. Black is the site where difference of tonalities lives fully. Black is indeed beautiful. 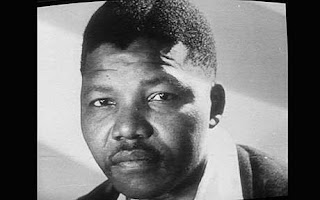 This is the CD that I'm playing in my car nonstop these days. As someone commented on Youtube, "It hurts me to think how good﻿ this man sings and doesn't get the props he deserves." Omar has a definite gift and I'm sorry that I've only just heard about him very recently. He's got a diverse style that's a lovely soul, brazilian, salsa, hip hop, and acid jazz mix. I don't expect to get tired of his music any time soon. Check out Omar:
Posted by Cappuccino Soul at 7/17/2013 04:31:00 PM 4 comments:

In Trayvon's Name: A Teachable Moment

Cognitive Dissonance Conflict that occurs when beliefs or assumptions are contradicted by new information. The concept was introduced by the psychologist Leon Festinger (1919–89) in the late 1950s. He and later researchers showed that, when confronted with challenging new information, most people seek to preserve their current understanding of the world by rejecting, explaining away, or avoiding the new information or by convincing themselves that no conflict really exists. University to Offer Class on Trayvon Martin (The National Review, July 12, 2013) The Trayvon Martin case is already making its way into the classroom. This fall, George Mason University in Virginia will offer a sociology class called “Race and Politics, Trayvon Martin.” According to the syllabus, the class will discuss the connection between race and politics in American history and the Martin case will be presented alongside historic cases such the Supreme Court’s Plessy v. Ferguson Supreme Court decision. Martin will also be discussed alongside African-American figures such as Martin Luther King Jr., Emmett Till, and Rodney King.
Posted by Cappuccino Soul at 7/17/2013 12:42:00 AM 4 comments:

From Harper's Weekly Review (July 16, 2013) This speaks for itself: In Sanford, Florida, George Zimmerman, the neighborhood-watch volunteer who in February 2012 shot and killed Trayvon Martin, an unarmed black 17-year-old, was found not guilty of second-degree murder and manslaughter by reason of self-defense. “The only one who was injured at all, except for the gunshot,” said Zimmerman’s attorney, “was George Zimmerman.” The trial judge ordered the return of the gun Zimmerman used to kill Martin, protesters demonstrated in cities across the United States, and Zimmerman’s family expressed concern about his safety. “There are people,” said Zimmerman’s brother, “that would want to take the law into their own hands.” 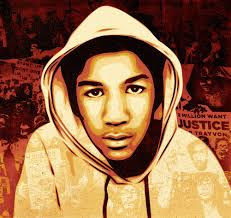 Arts of Africa at The Mint

Recently Gigi and I took advantage of a free admission event at the Mint Museum - Randolph. Among the exhibits that we saw were: "The Genius of Richard Caton Woodville," "The Fashions of Dior, Balmain, Saint Laurent, and more," "American Ceramics," "Threads of Identity: Contemporary Maya Textiles" and Arts of Africa: A collection of art forms showcasing the vast cultural, physical, historical, and religious diversity that can be found across the African continent. We had fun! 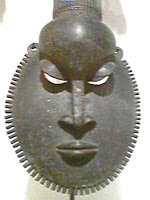 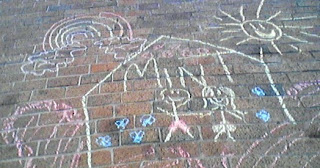 
If I am in harmony with my family, that is success.

There comes a point when editing copy that you have to say, "I'm just not going to put any more time into this. This is as much as I can do with it." Sadly, this is also true of some relationships.
Posted by Cappuccino Soul at 7/03/2013 02:50:00 PM 2 comments: