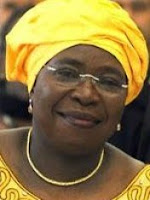 Members of the African Union (AU) Commission may not shout, “All Hail the Queen” when they see Nkosazana Dlamini-Zuma walk into a room, but they will give the lady their undivided attention, as she was elected on July 15 to serve as the new leader of the AU Commission — the first woman to hold the position. South Africa’s Dlamini-Zuma, 63, was elected AU’s leader earlier this month, beating veteran incumbent Jean Ping of Gabon. Dlamini-Zuma has held cabinet positions in South Africa since 1994, when she was appointed health minister under Nelson Mandela. A pediatrician by trade, Dlamini-Zuma was appointed home affairs minister in 2009. Formerly married to South African President, Jacob Zuma (they were divorced in 1998), Dlamini-Zuma has a reputation that is distinct and separate from Zuma. Although the two are known to work together well as leaders, the new AU leader is known for her own brand of diplomatic and political savvy. The goal of the AU, a pan-African organization made up of 54 member nations, is “to propel a united continent towards peace and prosperity." During her acceptance speech the day after her election at the AU headquarters in Addis Ababa, Ethiopia, Dlamini-Zuma said:

The future of our continent is inextricably linked with that of the rest of humanity, the world over. Africa must therefore take its rightful place among nations of the world as an equal reliable partner, and full member of the international community.

The new AU Commission leader has four years as leader of the organization to make her case.
Posted by Cappuccino Soul at 7/30/2012 04:20:00 PM No comments:

You know how some songs make you think of people — especially those who aren’t with us anymore? Well, “You Got the Love,” by Rufus featuring Chaka Khan makes me think of my dear sister and friend Crissy (Crystal Saunders). Crissy — a staunch academic (she received her Ph.D. in Pharmacology), and a classically-trained pianist — could also clown around like the best of them. She and I have had many laughs and shared many fits of silliness and foolishness. We often would pick songs that came on the radio and talk about the lyrics, sing them to each other, and laugh at the emotion or meaning. Well Crissy could have fun with “You Got the Love” for a very long time. She most enjoyed singing the first part, “Love me right. What's the matter with you? Hold me tight. Why must I tell you what to do?” She could hardly finish the “…what’s the matter with you,” before she would fall down laughing. And I laughed right along with her. Thanks for the laughs (and so much more) sister Crissy and may you R.I.P.
Posted by Cappuccino Soul at 7/26/2012 01:49:00 PM 4 comments:

One of my friends did have to show off her picture of Frankie Beverly that she took at the Charlotte concert with Maze featuring Frankie Beverly, Patti Labelle, and The O'Jays tonight. But that's alright. Even though I didn't make it, that doesn't mean I can't turn on my favorite Patti Labelle song and dance to it. Yes, this little known song by Patti Labelle is my favorite by her because she's got the Latin rhythm in there -- which is so good to dance to. Here's sister Patti singing "Teach Me Tonight (Me Gusta Tu Baile)." She tells this guy to please "teach me how to dance because me gusta tu baile (I like the way you dance). Sing Patti!
Posted by Cappuccino Soul at 7/21/2012 11:36:00 PM 2 comments:

(from the Global Grind) Ms. Melodie of the hit '80s rap posse Boogie Down Productions has died, according to the Urban Daily. Born Romona Parker in Brooklyn, New York, the rap star rose to fame with a cameo in the 1988 song "Self Destruction" alongside Heavy D, MC Lyte and Kool Moe Dee. She was also known for her mega singles, "Hype According to Ms. Melodie," "Live on Stage" and a memorable cameo in Queen Latifah's "Ladies First" video. Her first and only album, Diva, was released in 1989 via Jive Records. Ms. Melodie is the ex-wife of legendary rapper KRS-One, who produced much of her debut album. She was survived by two sons. A cause of death has not been released.
Posted by Cappuccino Soul at 7/18/2012 09:14:00 PM 9 comments:

Biden: We ARE Our Brother's Keeper


Here, Vice President Joseph R. Biden, addresses the NAACP Convention in Houston on July 12 and may I say, he "put it down" and gave a keen rebuttal to Mitt Romney's weak and tired address to the same crowd, just a day before this one. This speech shows that Biden not only knows how to work a room, but says what he means and means what he says. "We see an America, where in the words of the scripture: 'What you do unto the least of my brothren, you do unto me.' President Barack Obama says, We are our brother's keeper." Here is the speech in its entiretly because, quite frankly, you need to hear this:
Posted by Cappuccino Soul at 7/14/2012 03:40:00 PM No comments:

Lest We Forget: Slave Patrol and Runaway Posts

If there are some good examples of terroism out there, these would be high on the list: 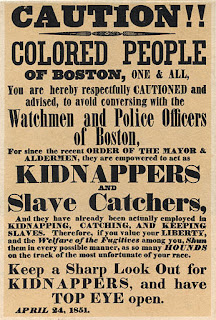 RUN AWAY from his Master's Plantation, in the Parish of St. James's Goose Creek, a lusty Negro Man named Hercules, he formerly used to wait on his Master in Charlestown, and is now by Trade a Cooper [barrel maker]. He had on when he went away a blue Duffils Jacket, a pair of ozenbrig Breeches, and speaks very good English. Whoever apprehends and brings him either to the said Plantation in Goose-Creek, or to his Master Robert Hume on Charlestown Neck, shall receive 5 [lb] reward, besides the usual Allowance for Mileage. Robert Hume

RUN AWAY from the Plantation of Isaac Porcher on Wassamsaw, a new Angola Negro Man, named Clawss, he is a small Fellow, and very black, he had on when he went away a Breeches, Jacket and Cap of white Plains, pretty much worn and dirty, any Person who shall apprehend the said Negro Man, and bring him to his Master, or to Goal in Charlestown, or give Information so as he may be had again, shall receive 2 [lb] reward and all Charges paid by Isaac Porcher. N.B. As there is an abundance of Negroes in the Province of that Nation, he may chance to be harbour'd among some of them, therefore all Masters are desire to give notice of their Slaves who shall receive the same reward, if they take up the said Run-away.