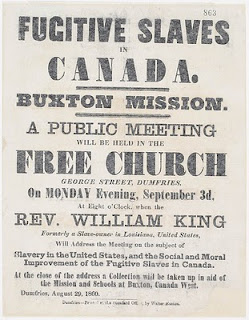 Also visit Berber’s blog, which includes a post about Halifax Mayor Peter Kelly’s apology for the evictions and razing of the African-Canadian community of Africville in Nova Scotia during the 1960s. This apology “marks a small but significant moment in the history of slavery and racism in Canada,” Barber wrote.
Posted by Cappuccino Soul at 1/06/2011 04:00:00 PM