Perfect Song: At the Concert by Michael Henderson 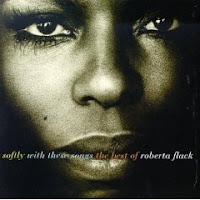 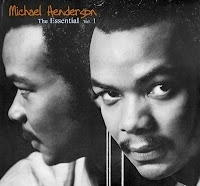 I've heard only a few songs that I would classify as perfectly made and this number, "At the Concert," by Michael Henderson is one of them. Not one note is extravagant. The vocals and instrumentation go together perfectly. The solos are all in the right place and skillfully played by the musicians -- Henderson on organ and bongos, Marcus Belgrave on trumpet, and Eli Fontaine on saxophone (they all make me want to put my fingers on an organ, the bongos, pick up a trumpet or saxophone and start making music!).

"At the Concert," a duet with Roberta Flack and Henderson is a flawless matching of sensuality, craft, and harmony. These two sing the song as if they were a real couple wanting to get together at the concert and repair whatever damage has been done to the relationship.

My cousin Monica told me some time ago that when she hears this song, she thinks of me. I know why. There's lots of Latin flavor in this piece (the drumming, and the rhythms of both the instruments and vocals) -- and she knows that I love Latin music. "At the Concert" makes me think of the beach in Puerto Rico, Dominican Republic or somewhere like that -- where I've never been. I'm so jealous -- Monica was lucky enough to escape to P.R. earlier this year. (Monica, where's my picture?)

Listen to this sumptuous number by these master musicians:

Here are the gifted performers on "At the Concert:"

(I hear a flute in the song, but there's no credit for a flute player.)

About Michael Henderson (from Wikipedia):

Michael Henderson is a bass guitarist and vocalist best known for his work with Miles Davis in the early 1970s, providing a deep funky groove to early fusion albums such as A Tribute to Jack Johnson, Pangaea, and Live-Evil. He was the only musician to play with Miles in both phases of his electric period, starting in 1970 at the age of 18 and continuing until Miles's semi-retirement in 1976.

With deep, funky grooves and a pop sensibility, he was one of the first notable bassists of the fusion era as well as being one of the most influential jazz and soul musicians of the past 40 years. In addition to Miles, he has played and recorded with Marvin Gaye, Aretha Franklin, Stevie Wonder, and The Dramatics.

I know I know i have to send u the pics! I love love love that song and yes when i here it i still think of YOU! Check out Goin Places by Michael Henderson, I like that one too!

My Dear Cousin Monica,
I got the pictures, thanks! I sent you an e-mail about them. Of course you are looking lovely and relaxed. Oh how I wish I could have been there.
Yes, this is definitely one of my FAVORITE songs. I'm about to pull out some of my Roberta Flack now! I hope to talk to ya soon.
Much love (ALWAYS),
Lisa

This is Big T. Vicious #90 of the pro womens football team, the baltimore burn. i'm only 27 years old, but i grew up on the real stuff. i've been looking for this song for a long time. can someone let me know how i can get it on my mp3? tone117@hotmail.com

Have fun with it and keep up the good work with the Baltimore Burn!
Alicia

Just heard two singers try to sing this song -- found it on Youtube. I won't say their names, cuz, quite frankly, they don't come any where NEAR the artistry and magic of Roberta Flack and Michael Henderson. This is a TOUGH song to sing. Michael and Roberta seem to put it out there effortlessly.