Remembering Childhood and Running for Shelter

It's a shame when you ask a student "What do you remember about your childhood?" and he answers, "I remember fighting in a war." (in Vietnam)

Question for my ESL students: "When do you run for shelter?"


When it rains and we are met by a sudden shower
Why do we run or try to shelter under trees
Why do we try so hard not to get wet
If you resolve yourself to the fact that you will get wet
Then you have no reason to get vexed
Even though you will get the same soaking
This understanding extends to everything.

-- Ghost Dog, translation of text from the Hagakure

Happy Birthday to Dizzy Gillespie who was born John Birks Gillespie in 1917 in the great city of Cheraw, South Carolina. I've been there, and it's obvious that they still love their native son.

A Pair of Perfect Legs

… a Russian court seized a woman's piglet--her most valuable possession--to pay off some of her debts. An 8-year-old Florida boy watched the pet turtle he'd just donated to the Gulfarium be eaten by an alligator. "Oh no, alligator," he screamed. "Let it go!" The boy's mother made him look away from the scene, but they could still hear the turtle shell crunching between the gator's teeth. Some dogs, scientists determined, were pessimists. Liu Wei, a 23-year-old armless man who plays the piano with his toes, won the first season of "China's Got Talent." Liu, who was offered a three-month stint performing in Las Vegas, said, "At least I have a pair of perfect legs."                  -- Rafe Bartholomew

Providence: Photos on the Fly

Photos taken by Gigi, on the fly, while riding in the car (Albemarle, N.C.) 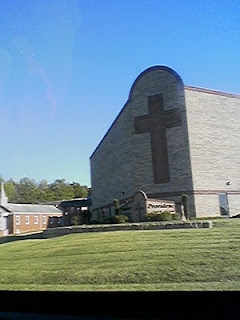 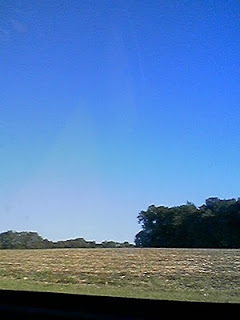 Why I Wouldn’t Vote for Christine O’Donnell

Although I haven’t lived in Delaware for quite a number of years, I still feel connected to the Blue Hen state. Why? For one thing, my parents live there, as do many of my relatives and friends. We were all so proud when Barack Obama selected Joe Biden as his running mate in the last Presidential election. We were even more elated when the pair won! I think I speak for a number of my Delawarean family members and friends when I say that Biden has done us proud.

I’d like to see Biden replaced by someone of good character, who has constructive plans for the good people of Delaware, who can lead the people to a more promising future. After looking at the Web sites of U.S. Senate candidates Chris Coons and Christine O’Donnell, I would have to endorse Chris Coons.

Here’s why I would not vote for O’Donnell:

Have you seen her talk substantially about any issues anywhere? Her Web site gives general and vague descriptions of her positions on a few issues, but I don’t really get a feel for how she’d vote on issues or what specific issues she’s passionate about.

Here are some examples:

O’Donnell’s Web site says: She “strongly believes in protecting the sanctity of life in all stages.”

Okay, what does that mean specifically? How do you stand on Roe v. Wade?

O’Donnell’s Web site says: She “believes jobs are created when businesses are freed from endless taxes and bureaucratic red tape.”

How so? Please describe in detail how this would work to create more jobs for people like me. Can you guarantee that businesses will create more jobs once the government decreases their taxes and untangles “bureaucratic red tape?”

O’Donnell’s Web site says: She “believes our country was founded on core values of faith, family and freedom and will fight to defend those values. Will always fight for maximum choice for parents about where to educate their kids, including private, parochial and charter schools or in the home.”

How maximum? Will you vote to give parents like me – single mothers – 100 % vouchers to send our children to private schools like Country Day or Charlotte Latin School in Charlotte?

O’Donnell’s Web site says: “Christine’s strong support of 2nd Amendment rights has earned her an ‘A’ rating from the NRA.”

What politician doesn’t support 2nd Amendment rights? What exactly do you mean here? What specific proposals do you have concerning gun legislation?

O’Donnell’s Web site says: She “believes that the solution to the healthcare crisis is less government meddling in the doctor/patient relationship, more competition in the insurance market and more choice for families about their health plan.”

Yeah, but what about those of us who don’t have healthcare coverage (like me!) As United States citizens, shouldn’t we all have the same access to quality healthcare?

And finally, Christine doesn’t have one person of color represented on her Web site. What does this say to Delawareans like my parents, aunts, uncles, cousins, and friends in Delaware?

Here’s why I would vote for Coons:

Straightaway, I like Chris Coons' Web site a whole lot more than O’Donnell’s. Why? He provides a clear link to the page where he talks about his stand on the ISSUES. Coons also goes into more elaborate detail about what he supports regarding the issues. As a matter of fact, all I need to do is list information about three issues that Coons discusses on his Web site for you to see how much more thought Mr. Coons has given to the issues.

Every student should have the opportunity to receive a quality public education that offers support and training for the jobs of tomorrow… Chris supports efforts to improve early childhood education by strengthening Head Start, Early Head Start and high-quality pre-K programs. He will work to fix the failures of No Child Left Behind while still upholding the goal of providing a quality education to every child.

Through his work with the “I Have a Dream” Foundation in Wilmington and nationally, Chris learned that performance in the classroom depends on more than teachers and curriculum. Housing, health care, crime and poverty all have a direct impact on a child’s development and their ability to learn. Tackling these broader issues at the federal, state and local levels and approaching education reform as a component of a holistic approach is critical to long-term success for our children.

Chris Coons believes that good health is the foundation of economic prosperity. Crippling health care costs have robbed American families and have hurt our nation's competitiveness. Although he does not believe it is perfect, Chris supports President Obama’s landmark health care legislation and is committed to working across the aisle to make it better.

Chris supports efforts to improve pre-natal care for all women to give babies a healthy start in life. Chris believes that decisions about a woman’s health, including issues surrounding pregnancy, should be left to her and her doctor. Abortion should remain safe, legal, and rare for women regardless of their financial means. He has received a 100% pro-choice rating from NARAL.


Well, this list is extensive and I recommend that you click here to go to his Web site to see all that he proposes on this issue.

Coons also studied at the University of Nairobi in Kenya. Hmmmm. I’m intrigued. Here’s what Chad Livengood wrote in The News Journal yesterday about Coons' study abroad (via Amherst College):

Coons admits in interviews and writings that living with a struggling host family in Nairobi changed his attitude about the poor, which ultimately motivated him to a position that would serve the public. It also altered his view of America.

"I had to see the slums of Nairobi before the slums of New York meant anything at all, but without the experiences of Amherst, I never would have seen either," Coons wrote at the end of the column [in a 1985 for a college newspaper at Amherst]. Coons later spent time working in homeless shelters in New York City.

To conclude, after studying the Web sites of both Coons and O’Donnell, I’d have to cast my vote for Mr. Coons – that is IF I were still a Delaware resident. But rest assured, I’ll soon call and write my family and friends in the Blue Hen State to try to influence their choice. 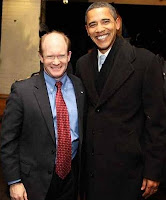 The Storeroom Features Some of Charlotte’s Most Respected Artists

I am a Promise: The Children of Stanton Elementary School

For This Writer’s Group It’s All About the Critique


Poem: The Way of a Lover


Splish Splash: Families Soak Up the Fun in Custom In-ground Pools
(The article begins on page 37)

Spider: A Tangled Web of Reality and Fantasy