Male Actors Needed for Reading of "for black boys...." 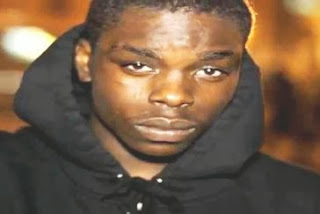 Staged reading of "for black boys...."
in the late winter in Charlotte, N.C.

In the days of tragedies like that of OSCAR GRANT, the 22-year-old man who was shot to death at the Fruitvale train station in 2009; the killing of 17-year-old TRAYVON MARTIN in 2012, by armed neighborhood watchman George Zimmerman; SEAN BELL, who was killed in 2006 when two police officers fired more than 50 shots at the 23-year-old and killed him; and JONATHAN FERRELL, the 24-year-old who was shot by a Charlotte police officer as he himself was seeking help – THIS PLAY IS RIGHT ON TIME.

Here's why I love the Alvin Ailey Dance Theater, all of its choreographers, dancers, and especially Judith Jamison, Alvin Ailey, and Rennie Harris.

Alvin Ailey Dance Theater: Beyond the Steps from Ford Foundation on Vimeo. 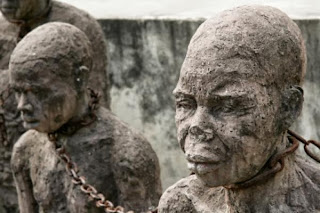 As members of Congress and White House representatives work to reverse the U.S. government shutdown, now in its second week, here is some alarming news featured in Harpers Weekly Review:

The FDA confirmed that it had suspended routine inspections of the nation’s food, and a shortage of federal funding led several states to discontinue food benefits to poor women and children. “A bunch of little boys arguing that they want their way.”

Gary Clark Jr.: You Saved Me

Regarding Cecile Kyenge and Mario Barotelli 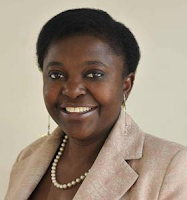 Below is a satirical letter entitled, "Letter to Italy’s Northern League Party" that I wrote to address the racist statements and attitudes of some of Italy's government officials in the country's Northern League Party that have been directed at Cecile Kyenge, Italy's first black Cabinet minister, and Italy's professional soccer player, Mario Barwuah Balotelli, a Ghanaian immigrant. Mrs. Kyenge has been likened to both a prostitute and an orangutan by Italian government officials. Mr. Balotelli has been the recipient of a variety of racial slurs hurled at him while he has represented Italy's AC Milan team on many soccer fields. Balotelli has been called a monkey and "Italy's litte nigger" by not-so-adoring fans. Letter to Italy’s Northern League Party from Alicia Benjamin, United States “You've got to keep the white and black separate!” – Eugene "Bull" Connor, Alabama, 1961 Dear Members of the Northern League Party, I’ve been reading with great interest about the unfortunate problems your country has been facing with the election of Congolese immigrant Cecile Kyenge, your country’s first Black Cabinet minister, and the popularity of Ghanaian immigrant soccer player, Mario Barwuah Balotelli. I’m writing to make a suggestion that might help your party and your country, in the long run, stop the influx of immigrants into your country. Also, if you can convince your country’s government to adopt these policies that I’m about to suggest, there’s no doubt that Italy will be able to retain its racial Italian purity. After all, isn’t it a pure white society, made up only of Italy’s original people that you dream of? I can see why you would want to protect the interests of the real Italians who have fought hard to maintain a certain culture and decent way of living. I don’t know if you’re familiar with the Jim Crow Laws that a majority of the American states adopted from the late 19th century, until the 1960s. These laws, imposed by many U.S. cities and states, legally punished people for mixing together in public and private places. It seems to me, if you want to win the hearts and minds of the Italian people, then you must impress upon them the importance and necessity of keeping blacks and immigrants away from them. If you want to maintain your purity and morality, it’s important to separate the races. There’s no question about this. Get these laws “on the books” as we say in the U.S., and you will be well on your way to achieving your desired goal of keeping the immigrants out of your country and the blacks in their places. These are laws that were once accepted and enforced in the United States. If presented well to the original Italian people — surely these regulations can be accepted and used again in your country. Here is a description of many of the laws that were strongly enforced in many American states until the U.S. Supreme Court ruled that they were unconstitutional with its Brown vs. the Board of Education of Topeka case. (When drafting your own version of these laws, you should feel free to insert or add “immigrant” wherever the term “colored” or “black” is used. Consider the terms to be interchangeable.) Buses and Trains All railroad companies and workers operating the trains are required to provide separate cars for white and colored passengers. If the car needs to be divided between the two races, a partition must be used to divide the two sections. Separate waiting rooms must also be established for white and colored races. As passengers wait to get on the trains, two separate lines must be formed before they are allowed to board the train. If the race of a person is not clear, the conductor, or manager on duty, will be the sole judge of that person’s race. No touching, smiling, words, or gestures can be shared between the races. Hospitals and Other Medical Facilities Female nurses are not allowed to touch any black patients, especially black men. Blacks and whites will have separate entrances and waiting rooms. Separate rooms will be created for white and black patients, so that in no instance will whites and blacks share the same space or sleep in the same area. All surgical tools, medical supplies and equipment will be kept separate and used on the race that the tools, supplies and equipment are assigned to. Education White and colored children will be taught in separate schools. No books will be shared and are not interchangeable. Textbooks will remain with the race first using them. Colored teachers will teach the immigrant children, and white children will be taught only by white teachers. If there are no colored teachers available, a white teacher may temporarily teach the immigrant children. Cohabitation and Intermarriage Any colored person and white person who are found to live in or occupy the same room in the evening will be punished by imprisonment up to 12 months or pay a fine of no more than $500. It is unlawful for whites to marry any person other than a white person. Any marriage that violates this law will be void. A nonwhite person is any person who has one-eighth part or more of African; Asian; American Indian; East Indian; Aboriginal; indigenous Mexican, Caribbean, Central and South American; or Polynesian blood. Burial No colored person or immigrant will be buried on the same ground as any white person. My friends, I believe that if you can convince your government to adopt these comprehensive laws, then your immigrant problem will be over. My guess is that not many immigrants, blacks, or coloreds would want to stay in your country very long after you’ve adopted these regulations. In closing, I pray that you have great success with maintaining the purity and sanctity of the real and original Italian people. Respectfully, Your friend in the United States of America 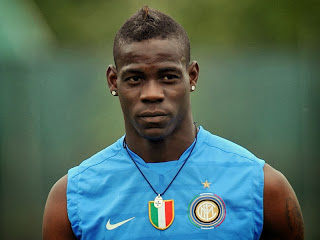 Loveless: My Wounds are Deep and Gaping

From "Loveless" by 4 Hero and Ursula Rucker This is really about the Earth and her children, but read into it what you will:

They've loved me as would an unfaithful lover, part-time and half-assed, Now unmasked is their deceit. No more sweet, sneaky thrill seekings. Tomorrow brings nevers and nothings. Ended days for my world and its unchanging ways. Now, apocalyptic truths of revelations hasten our omega my children's and mine. Each time my breath, skin and tears are polluted and poisoned by their careless games and toys and this is only the beginning of my children's sinning.


"When we fulfill the purpose that God has given us, we are unstoppable."
-- Mike Minter, former NFL safety, 1997-2006, the Carolina Panthers