Love of God and Neighbor

I'll have to thank my father for this bit of wisdom (below), which he gleaned from the works of Emanuel Swedenborg:

There are two kinds of love:

1. Love of God and Neighbor (Good) 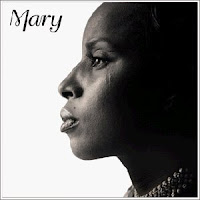 Discussing a painful past with VH1's Behind the Music, Mary J. Blige opened up about the sexual abuse she suffered as a child and revealed it left her feeling worthless and ashamed.

"When I was five years old I was molested and just, you know. I remember feeling, literally right before it happened, I just could not believe that this person was going to do this to me," Blige said of the abuse by a family friend.

"That thing followed me all my life," she confided. "The shame of thinking my molestation was my fault - it led me to believe I wasn't worth anything."

The emotional pain grew and as a teenager Blige turned to men and drugs for escape.

"I ended up becoming my environment," she told Parade magazine in 2007. "It was bigger than me. I had no self-respect. I hated myself. I thought I was ugly. Alcohol, sex, drugs - I'd do whatever it took to feel better."

But opening up to VH1, the singer explains finding love with husband Kendu was the push she needed to finally sober up.

"When I stopped drinking, it was willpower," she said. "It was prayer. It was really hard. But most of all, I cared so much about [Kendu], I didn't want to be just this alcoholic burden on him."

The singer also revealed a deep appreciation for friend and mentor Diddy, who led production of her debut album in 1992.

"If it wasn't for him I probably wouldn't have made it this far in my career, because he pushed me, challenged me to challenge myself," she said.

If you have a dream that your breasts are producing milk -- this is what it means:

Breastfeeding is symbolic of giving or receiving, nurturing, and sustenance. It represents motherly love, as well as physical and emotional support and well being. Old dream interpretation books say that breastfeeding is a symbol of great things to come following an extended period of hard work.

If a woman sees her breasts filling with milk or milk flowing from her breasts in a dream, it is interpreted as prosperity and wealth in abundance coming her way.
Posted by Cappuccino Soul at 7/25/2011 11:35:00 AM 48 comments:

The Last Poets, Live in Brooklyn


Louis Reyes Rivera reports today in his Great Things Happ’nin’ newsletter that The Last Poets will be kickin’ it this Monday, July 25, 2011, at Brooklyn’s newest live music venue, For My Sweet, with two sets (7 and 9 p.m.), which is located just down the block from the Franklin Avenue station (‘C’ line and Prospect Park Shuttle), at 1103 Fulton Street in Brooklyn. 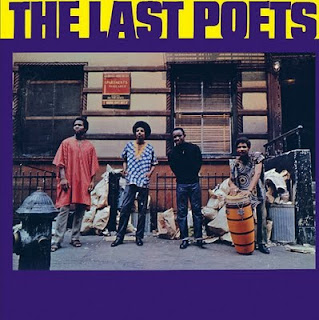 They’ll be joined by special guest MC Radio Rahim. Food and beverages are available. For more information, contact jazzymonday@gmail.com or 718-857-1427.

Oh, how I wish I could be there!

Listen to The Last Poets perform “E Pluribus Unum” (Out of many, one):

Let Your Soul Lead Your Body

Stop commodifying the bodies of women and children. Say no to unhealthy male bonding rituals that hurt others.

Purge the desire for self interest from within. Let your soul lead your body and not the other way around. From In the Heart of the World: Thoughts, Stories and Prayers by Mother Teresa

At a seminary in Bangalore, a nun once said to me, “Mother Teresa, you are spoiling the poor people by giving them things free. They are losing their human dignity.”


When everyone was quiet, I said calmly, “No one spoils as much as God himself. See the wonderful gifts God has given us freely. All of you here have no glasses, yet you all can see. If God were to take money for your sight, what would happen? Continually we are breathing and living on oxygen that we do not pay for. What would happen if God were to say, “If you work four hours, you will get sunshine for two hours?” How many of us would survive then?”


Then I also told them, “There are many congregations that spoil the rich; it is good to have one congregation in the name of the poor, to spoil the poor.”


There was profound silence; nobody said a word after that.


When I read this passage by Mother Teresa, I couldn’t help but think of the universal healthcare (the abandoned “public option”) that we don’t have in this country (for the have-nots).

The documentary Nobody Knows: The Untold Story of Black Mormons will be televised on July 26 on The Documentary Channel.

SYNOPSIS:
This documentary talks about that little-known legacy, and confronts the hard issues which surfaced in the most turbulent years of the Civil Rights Movement, when the Church restricted its priesthood from those of African descent. It discusses how that restriction was lifted and what the lives and challenges of the modern Black Mormon pioneers are. Besides never-released footage shot in 1968 and many rare archival photographs, the documentary includes interviews with renowned scholars, historians, Black Mormons, with Martin Luther King III, and with Dr. Cecil "Chip" Murray, retired pastor of the First AME Church of Los Angeles, which was founded by a former slave of Mormon pioneers.


Click here to watch the trailer for Nobody Knows: The Untold Story of Black Mormons
Posted by Cappuccino Soul at 7/15/2011 12:15:00 PM No comments:

The Poetic Scribbles of Twombly and Basquiat

Editor's Note (August 9, 2011): The Museum of African American Cinema in Harlem will pay tribute to Jean-Michel Basquiat's work with a series of exhibits scheduled to run through January 2012.

I had never paid much attention to Cy Twombly's art until I read in the New York Times this week that he died recently. But immediately after focusing on his work, I realized that Jean-Michel Basquiat must have been heavily inspired by Twombly. I must admit that I laughed with glee when I showed a friend Twombly's scribbles and childlike masterpieces. There's something about his art that brings out the silliness in me. At first I joked about his "art," but then as I viewed more and more of it, I was mesmerized -- sort of like I'm fascinated with Basquiat's art.

Below are some samples of each artist's work. Tell me what you think. Can you see the resemblance?

Cy Twombly, whose spare childlike scribbles and poetic engagement with antiquity left him stubbornly out of step with the movements of postwar American art even as he became one of the era’s most important painters, died in Rome this week on Tuesday. He was 83.

Lost: The Autobiography of Malcolm X

I just reported the book The Autobiography of Malcolm X as “lost” at the public library today. But if someone happens to find it and return it to any Charlotte Mecklenburg Public Library branch for me, I won’t have to pay the $7.99 fee. The last time I saw the book it was somewhere off Central Avenue. Can somebody ayudame por favor?

I feel that there is nothing more truly artistic than to love people.