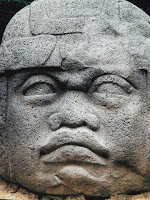 In celebration of Black History Month, I'm reposting (from Cappuccino Soul, January 2007) this information about the Africans who dwelled in Mexico many moons ago.

But this legacy is not talked about much—not even among historians and anthropologists. “To this day the deep cultural and economic impact that Africans had in Mexico is neither accepted nor acknowledged in the official history of Mexico,” said filmaker Rafael Rebollar Corona who directed the film The Forgotten Root. With his film, Corona meticulously documents this hidden Mexican history. 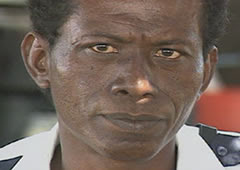 Hey! Thanks for posting this! My mom and daughter and I was just discussing this yesterday. My daughter did not know that there were black Mexicans or black Italians.

De nada!
Most people don't know about the history of Africans in Mexico or Italy......we need to teach our young people in school about such things!

i truly appreciate this post. i was recently in south america and as a person of african descent i encountered some absolute nonsense because of the skin i'm in (though i'm about the same skin tone as most, but my phenotype in general is different). anyway, i struggled w/the negative attention i received from mostly men (usually more than one at a time) so i started researching on-line about these issues. the overwhelming denial of african origins or reluctance to fully embrace it. blanquemiento plagues latin america. currently i work with mostly mexicans in los angeles and its such a mystery to those i've talked to that africans could actually be in mexico altogether. sorry, i realize this message is a bit disjointed but thanks for letting me process at least...

Lord Vegan,
I'm sorry you received such undeserved negative attention. We -- all over the world -- have a lot to learn regarding African's in the diaspora. My daughter and I will visit L.A. soon. Can you suggest a few sites that would be good to see?
Peace and Paz,
Alicia