Amy Winehouse: Made You Look 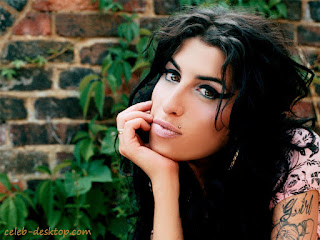 It's too bad I didn't pay much attention to Amy Winehouse until after she died. I had heard bits of her singing and recognized that she was a uniquely talented musician, but I've only recently really listened to her vocals. I have to say, I'm quite taken with her music and the quality of her voice. You can hear the jazz, soul, hip hop and so much more in her music. When I think of the phrase, "Gone too soon," I definitely think of Amy Winehouse.

Here's her song "In My Bed," from her CD titled Frank. Don't think you're crazy if you start thinking of Nas and his song "Made You Look." He used this same sample from the Incredible Bongo Band's "Apache" in the same way, and both songs have the same producer -- Salaam Remi. I gotta say -- Salaam did both Amy and Nas justice with his take on this rhythmic ride.

The LORD has come and taken a lot of talent home. GOD bless her memory and the vocals that has been left here for us to enjoy.

It's hard to think of what she could have produced if she were alive. Sadly, her life took a turn for the worse. Too bad she couldn't get the help she needed before she died. But, like you said -- God has taken her on home.