The Afro Latin Jazz Orchestra has been nominated for a Grammy award in the Best Large Jazz Ensemble Album category for their recording, "40 Acres and a Burro." (Ha!) 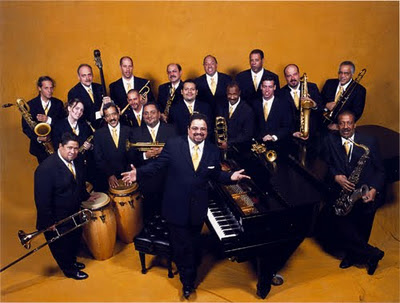 Philadelphia's On Canvas, a radio show produced by WHYY (a public television station), featured an engaging piece about the ALJO and its Artistic Director, Arturo O'Farrill in 2009. On Canvas is a music and performance program recorded live on location at local venues in Pennsylvania, Delaware and New Jersey. Listen to the band and O'Farrill's lesson on the international phenomenon of Afro Latin Jazz. I was really happy to hear when he gave props to my man, Dizzy Gillespie, for his leadership in the Afro Latin Jazz community: