First Sargeant Charles Monroe King was killed in Baghdad in October, just one month before he was supposed to rejoin his fiancé and infant son. But in anticipation of his death, he started keeping a journal that he wanted to leave as a legacy to his son.

Dana Canedy, the woman who was looking forward to spending her life with the 48-year-old King and their son, wrote a touching New York Times essay about King’s journal and his wishes. King had left for the Middle East before his son was born, and saw him once on leave last August.

In her essay, Canedy, also a Times editor, wrote, “For months before my fiancé, First Sgt. Charles Monroe King, kissed my swollen stomach and said goodbye, he had been preparing for the beginning of the life we had created and for the end of his own.”

The 200-page journal contains touching advice from father to son that could apply to many little boys who will, no doubt, need advice from fathers who won’t be there for many reasons, including being killed while serving duty in Iraq.

King writes these words to his son:

Never be ashamed to cry …

Remember who taught you to speak, to walk and to be a gentleman. These [women] are your first teachers, my little prince. Protect them, embrace them and always treat them like a queen.

Things may not always be easy or pleasant for you, that’s life, but always pay your respects for the way people lived and what they stood for. It’s the honorable thing to do. 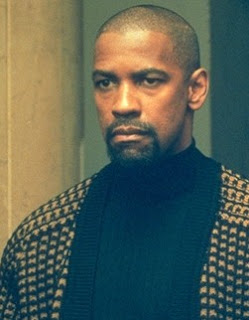 Canedy’s essay originally appeared on January 1 this year. She is now writing a book for Crown Publishing Group. Denzel Washington will produce and possibly star in a film "Journal for Jordan," based on the journal. Escape Artists at Columbia Pictures acquired the film rights.
Posted by Cappuccino Soul at 3/30/2007 12:06:00 PM

That's so very sad. If anyone can do the story justice, I think Denzel can. Maybe it will make some people think about this terrible, pointless war.

Still waiting on this film. I'll have to see what's up with it.

Good brief and this fill someone in on helped me alot in my college assignement. Thanks you for your information.

I would like to read more soon. By the way, rather good design this site has, but don’t you think design should be changed every few months?