The Raw Story has an excellent post about the case of a Pontiac, Michigan school teacher who was fired after holding a teaching moment with her students about the Trayvon Martin killing and for organizing a fundraiser that grew from the session. Brooke Harris was a teacher at the Pontiac Academy for Excellence Middle School in Pontiac, Michigan. When her eighth-grade class — many of whom are black — asked her about “the kid who was killed over some Skittles,” Ms. Harris attempted to “bring her students’ lived experiences into the classrooms.”

Her efforts included organizing a “dress down” fundraiser, similar to the One Million Hoodie marches that have taken place throughout the country. Students would pay one dollar to participate, and all proceeds would be donated to the family of Trayvon Martin.

The principal of Pontiac Academy signed off on the proposal. Superintendent Jacqueline Cassell, however, refused. When Ms. Harris’s students asked to make their case for the fundraiser to Superintendent Cassell directly, Ms. Harris passed the request along to Ms. Cassell. Harris says that Cassell suspended her for two days. When two days stretched to two weeks, Ms. Harris asked for clarification regarding the basis for her suspension, and Cassell fired her. 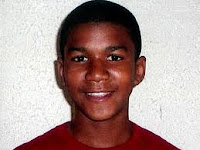