Below is a clip of Minnie Riperton singing with her first band, Rotary
Connection. In the song, she asks for respect -- not like Aretha Franklin demanded in her version of the song, but in a more sultry, provocative way. Aretha's rendition makes me think of hot sauce and cayenne pepper, whereas Minnie's version brings curry and cinnamon to mind. 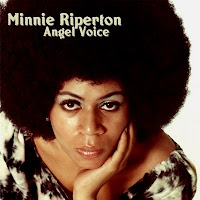 Given the feeling and passion that Minnie is putting into singing the song, I'm sure R-e-s-p-e-c-t is what she got -- among other things.

Thanks, Minnie's voice is one I don't tire of.
MaDear

MaDear,
Her music is just pure delight. She was an angel. Her music will live on forever.
Alicia