Why Doesn't She Have Something Else On? 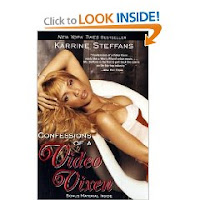 I was pleased to know that my 6-year-old daughter is turned off by certain television images that she herself considers too risque or provocative, not just for her, but period. When she sees a scantily-clad woman exercising or advertising some weight loss program, she runs to me and says, "Mommy, why doesn't she have something else on?" or "Mommy, why are they showing her like that?" I can only tell her that I too think certain images are inappropriate. I usually say something like, "That's not right is it?" scrunch up my face and change the channel.

My daughter has also pointed to pictures in books or magazines that she deems "not right." I have a copy of the book "Confessions of a Video Vixen" by Karrine Steffans that Gigi spotted on the book shelf. (Steffans' book is one of the most depressing books I think I've ever read.)

In it, the former hip hop music video "star" includes revealing pictures of herself, mostly taken on the video shoots. Gigi pointed to one of the pictures and said, "Why do you have this book?" and "Why is she dressed like that?" I had to explain to her that I bought the book so that I could read the woman's story and that the lady chose to pose like that for pictures.

I'm thankful that my daughter knows what's suitable and acceptable in the eyes of the people she spends most of her time with and what some other people -- who have more relaxed views about what's considered appropriate and inappropriate attire -- accept as appropriate.

As I was reading the New York Times online recently, I was pleased to discover this opening sentence from a blog entry by Tara-Parker Pope:

When Addie Swartz was shopping with her 9-year-old daughter and friends, one of the girls noticed a scantily clad model at an Abercrombie & Fitch store. “Why do they have to do that?” one of the girls asked.

Pope then goes on to talk about a book series called Beacon Street Girls that offer young ladies a more healthy option of literature than novels such as “Clique,"
“Gossip Girl" and "A-List" that feature high school girls who obsess about fashion, status and casual sex.

Let's give our young women some inspiring, uplifting, and self-esteem promoting literature to read. They'll thank us for it later, I'm sure.

Here's the rest of Pope's blog entry about the Beacon Street Girls series:

Lake Rescue, one of the books in the series, offers inspiration to overweight girls.

Ms. Swartz describes it as an “aha” moment when the idea for a new book series came to her.

“It made me feel like the world is making them grow up so, so fast,” says Ms. Swartz. “It felt like there were so many messages out there that were bombarding her and her friends and girls her age.”

As a result, Ms. Swartz created the Beacon Street Girls book series. The stories, which revolve around five middle-school girls in Brookline, Mass., are shaped by leading experts in adolescent development, with the goal of helping girls build self-esteem and coping skills. Pictures include the problems of an overweight girl and cyber bullying. This month the series will launch its latest book, “Green Algae and Bubblegum Wars,” a novel aimed at encouraging girls in science. The book is the result of a collaboration with Sally Ride, an astronaut who was the first American woman to orbit Earth.

But can expert health advice wrapped up as fiction really make a difference for the books’ young readers? A surprising new study suggests that for some girls, it can. To learn more, read Pope's full New York Times article here. 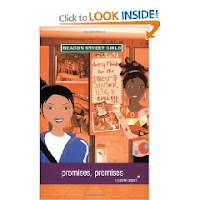 Great post. I so agree with your daughter and you should be so proud! You are raising her with morals and standards.
I remember years ago when commercials did not show women's bodies, the cross your heart bra commercial had a mannequin that they used and now Victoria's Secret just shows everything.

Thanks Regina. I am so very proud of my little lady. She is wise beyond her years and I learn so much from her everyday.
Those commercials and lots of things on TV have become offensive to me as a Christian. I'm a fairly new Christian and what it has given me is new eyes. "Once I was blind but now I see!" How true that is for me in every aspect of my life.
Certain songs hurt me when I hear them, certain images are painful to watch, the actions of lots of people bother me in ways that they didn't before. I try to surround myself and my daughter with Godly people, Godly images, Godly music, Godly messages. It's a tough assignment these days, but God is guiding my every step.
Peace,
Alicia