Forest Whitaker pulled it off. He managed to win the Oscar for Best Actor for his portrayal of Idi Amin in The Last King of Scotland, and he reveled in the Glory onstage without seeming flustered and bewildered. He actually gave an acceptance speech that should be passed around to children in the heart of South Central Los Angeles to show them how good life can be, despite the odds against them.

This is what he said at last night’s ceremony:

When I was a kid, the only way I saw movies was in the backseat of my family’s car at the drive-in. It wasn’t my reality to think that I’d be acting in movies, so receiving this honor tonight tells me that it’s possible. It is possible for a kid from east Texas—raised in South Central Los Angeles and Carson, who believes in his dreams, commits himself to them with his heart, to touch them [his dreams], and to have them happen.

When I started acting, it was because of my desire to connect everyone to that thing inside each of us—that light that I believe exists in all of us … Acting for me is believing in that connection and it’s a connection so strong, a connection so deep that we feel it. And through our combined belief we can create a new reality.

I want to thank my ancestors who continue to guide my steps, and God. God who believes in us all—who has given me this moment in this lifetime, that I will hopefully carry to the end of my lifetime, into the next lifetime.

I’m sure Whitaker’s ancestors will follow him as he embarks on his next film project, Vantage Point.

Yes, Jennifer Hudson gave it up in Dream Girls and put a lump in my throat when she belted “And I’m Tellin’ You” (my husband was even fighting back tears)—but man, oh man, Adriana Barraza, who played the nanny in Babel, was equally deserving of an Oscar, I thought. This is one of those rare occasions when the Academy should have given the Oscar for the Best Supporting Actress to two people. 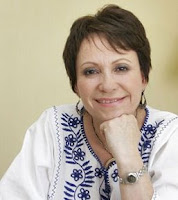 In Babel, Barraza plays Amelia, a nanny who raises and nurtures the young son and daughter of a San Diego couple, played by Brad Pitt and Cate Blanchett. Amelia is excited about going to her son’s wedding in Mexico, but can’t find anyone to watch the children, so she decides to take them with her across the border. The masterful storytelling of Alejandro González Inárritu, the director, and dramatic editing of Douglas Crise and Stephen Mirrione, make you feel like something bad is going to happen, and it does. Amelia’s nephew, Santiago, drives the three back to San Diego late that night. Though he’s intoxicated, Santiago convinces Amelia that he can make the trip safely. But when he gets into trouble with the U.S. Border Patrol, Santiago speeds away, while Amelia panics and the kids scream for their lives in the back of the car. Santiago dumps Amelia and the children in the middle of the Mexican desert to have a better shot at fleeing the police. He tells them he’ll return for them, but never does.

Without any water in the blazing heat, Amelia wakes up the next morning not knowing exactly where she is, with two exhausted children to care for. She leaves the children behind, telling them not to move, so that she can search for help. As Barraza walks the dry hot desert looking panicked and torn, I felt myself skirming in the seat wishing that someone would come along to help her. When she is able to finally flag down a patrol officer, Barraza makes you want to help her tell the whole story to the unfeeling officer. She pleads for the officer to help her find the children, but he’s more interested in treating her like a criminal. She tells him that the children are alone and will die by themselves. He seems unmoved. You feel like you’re watching an actual person breaking down and weeping instead of an actress playing a part. Barraza, who suffered from heat exhaustion during filming, puts it down in this scene. For this, she deserved the Oscar, along with Hudson.

“The hardest thing … was trying to bring to life a woman who was in such a horrible situation,” Barraza told Hollywood.com. “And to make it real, to make the audience really believe it was happening.” You made it real for me, Adriana! Thank you.
Posted by Cappuccino Soul at 2/26/2007 03:15:00 PM