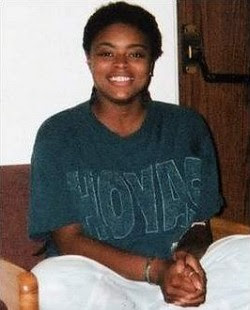 The story of Tara Cole is one that should be told over and over if we are to ever end such human tragedies as homelessness. For those who don’t know, in August, two Tennessee men pushed Tara Cole, a 32-year-old homeless woman, into the Cumberland River in Nashville, as she slept. I’m not going to go on and on here about how angry I am about this. I’m so appalled and still in such disbelief about Tara’s story that I’m not able to voice my opinion with any sort of coherence yet.

But if you’re in Nashville this weekend, please come to a place where Tara Cole will be honored--the 16th Annual Nashville Homeless Memorial Day service for those who have died while homeless. The event, sponsored by the Nashville Homeless Power Project, will be held at 9 a.m. on Saturday, December 16, Riverfront Park. Breakfast will be served at 8:30 a.m.

The American Negro Playwright Theatre will also remember Tara Cole with its performance of Shelter, a play by Jim Reyland that explores a night in the life of some homeless people in Nashville. Barry Scott, ANPT’s Artistic Director, will direct and perform in the piece. Performances are at 7:30 p.m. December 13-16, the Thomas Edward Poag Auditorium on Tennessee State Unviersity’s campus. On December 17 the performance will start at 3:30 p.m. Call 615-579-4223 or e-mail anptheatre@yahoo.com for more information. All performances are free!

My friend Howard Allen, a homeless man who has been a longtime activist for the homeless, told theThe Tennessean that Tara didn’t have a chance to ask God for help because she was asleep. “But she’s home now,” Allen said. But he also said, “there are plenty of Taras still sleeping on the streets.” Let’s work hard to change that.
Posted by Cappuccino Soul at 12/12/2006 12:28:00 PM